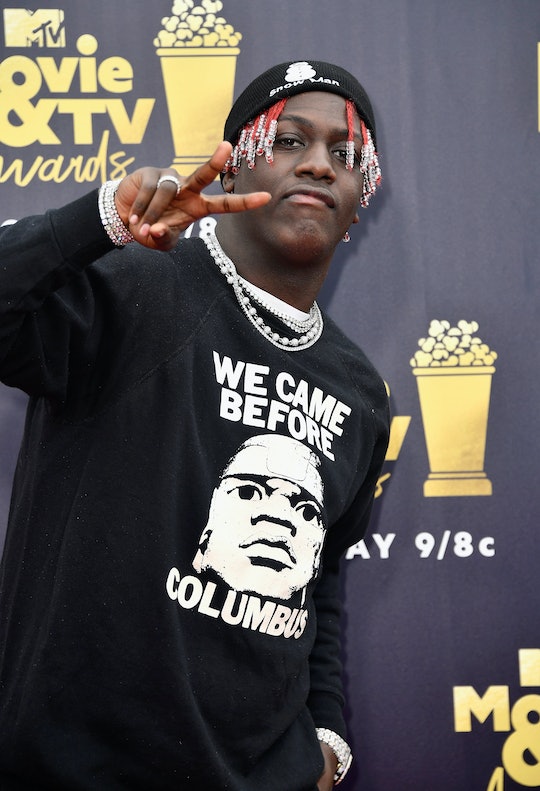 Those of you who have been waiting for a follow-up to the '01 comedy starring Method Man and Redman, How High will have to wait no more. That's right — How High 2 is here, so consider this an early Christmas present from me (yes, I'm taking all the credit). And though it's not exactly a remake, the original had such a stellar set of actors, the cast of How High 2 have a lot to live up to — and considering their talent collectively and individually, they do.

This time around, Method Man and Redman won't partake (if you know what I mean) but How High 2 is led by rapper, Lil Yachty with actor and writer, DC Young Fly. The original film followed two underachieving stoners who get high with marijuana fertilized by their deceased friend's ashes. After they're visited by a ghost summoned by the pot smoke, they then pass college exams and get into Harvard. Because, obviously. The sequel to the psychedelic flick, according to Variety, follows two "potrepreneurs" on a "magical hash-fueled journey to fund their on-demand munchies delivery start-up." Pop culture has come a long way since the original How High. Surely this one will be a more updated version. I mean. It's been 18 years (yikes). With that, here are the stars of the sequel — some of whom I had to ask my daughter about. *Shrugs.*

More Like This
The Best Movies Airing On Freeform’s 31 Nights Of Halloween In 2022
All The Nights Hocus Pocus Airs On TV In October 2022
Watch An Exclusive Clip From Trick or Treat Scooby-Doo!
'Yellowstone' Has An Exciting New Cast Member For Season 5