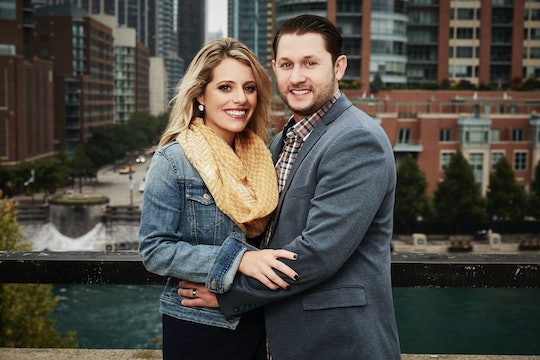 These Couples Are Joining 'Married At First Sight: Happily Ever After'

Married at First Sight: Happily Ever After premieres on Oct. 30 on Lifetime, and it will follow three couples viewers already know well. You might remember Season 6's Shawniece Jackson and Jephte Pierre, who will be dealing with a whole new challenge in their lives together — as will Ashley Petta and Anthony D'Amico from Season 5. Though Deadline reported that Happily Ever After revolves around three couples, the third remains a mystery for the moment.

These couples were strangers when they said their vows back on Married at First Sight, and they chose to stay together after their stint on the show was over. But relationships are ever-evolving, and they're going to have to continue to try and make it work. When this spinoff sequel debuts, fans can see them do just that.