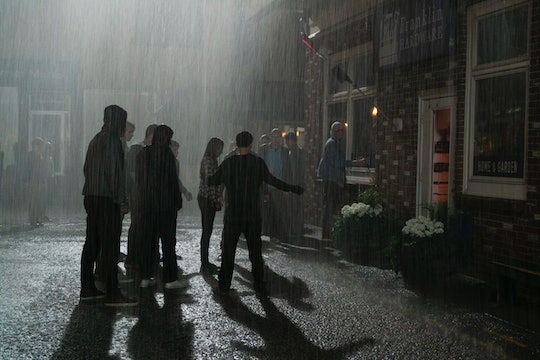 The Cast Of Netflix's 'The Society' Will Blow Your Mind

You haven't lived until you've been a teen transported into a replica of your reality; one where there are no parents or adults, and you have to figure out how to survive with other confused adolescents. Such is the premise of the new Netflix series, The Society, that asks the bigger-than-life questions about survival in a post-apocalyptic world. With all buzz surrounding this one, the cast of The Society are a collective smash.

Netflix knew what it was doing when it snagged The Society and this cast of stellar talent. The show follows "a group of teenagers who are mysteriously brought into an exact replica of their wealthy New England town," because the idea is a spin on the classic William Golding novel, Lord of the Flies, and that's still a hit. The Society touches on similar themes — with no parents, adults, or governing officials, the teens are left to form alliances and societal structure, as they figure out where they fit in this new hierarchy. It's a show about survival and how power can corrupt human nature. Some of the cast members may look familiar, while others will become your new faves. So, say hello to a few of your new leaders of The Society.