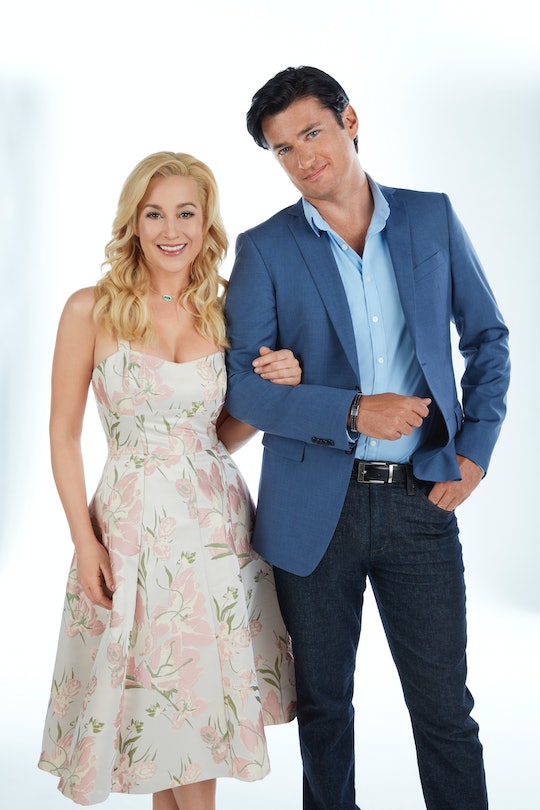 Kellie Pickler made her Hallmark Channel debut in 2018's Christmas At Graceland. It was one of the channel's biggest holiday hits. So big that it spawned a sequel. And in case you were wondering, the cast of Wedding At Graceland includes some old favorite characters as well as new. Pickler and Wes Brown are back as Laurel and Clay, and they're planning their wedding in their favorite place sooner than they expected. And this time the cast includes a cameo from Graceland royalty, Priscilla Presley herself.

Wedding planning is stressful for any couple, but adding in-laws to the mix is downright dangerous. Pickler told TV Insider she's excited that fans will get to learn the characters' backstories, but the movie also made her grateful her own wedding planning experience was completely different than her character's. “Honestly, it made me so appreciative that Kyle and I eloped,” she said. “We ran away to an island — very opposite of Laurel."

She continued, "I was very thankful that I eloped, that my husband and I decided to do that, because it was just about us, and we didn’t have to worry about pleasing anybody else, and it was right for us." The whole plot of Wedding At Graceland is about Laurel and Clay trying to please all of the in-laws, and Pickler isn't judging her character or anyone else who succumbs to that pressure. "I think everybody has to do what’s right for them in their situation.”

Laurel and Clay seem to be doing the opposite of what they want in trying to make their in-laws happy. There's only one huge problem with that. One set of parents favors glam vibes while the other prefers understated elegance. So, when Graceland's Chapel In The Woods becomes available sooner than expected and months to plan suddenly turns into three weeks, it's a huge problem.

Wedding At Graceland was filmed on location in Memphis at the tourist spot's new chapel, and Pickler loved it. "It is really beautiful. It’s very quaint," she said. "It is an intimate chapel in the woods that has so many windows, so natural light floods in. Everything was in bloom in Memphis while we were shooting, so we were surrounded by green, and it was just really beautiful.”

Of course, acting is Pickler's second profession, as she achieved fame first through American Idol and country music. So, Hallmark's Graceland films allow her to return to her roots. For Wedding At Graceland, she got to perform and record the classic Elvis ballad “Can’t Help Falling in Love."

“That is one of my favorite Elvis songs, and being able to go in the studio and put my little take on it was wonderful," the singer told TV Insider.

Of course, she was also excited to meet her costar, Presley. "She’s so lovely and has such a sweet, sweet, kind spirit,” Pickler said. But they also share a love of animals. “I love all the work that she’s doing with horses there, all the rescue horses there at the Graceland stables. It’s just wonderful," she said.

It's a good thing they share a connection, because Pickler thinks there might be a trilogy of movies in Laurel and Clay's future, and maybe a new addition. “A little baby named Presley?” she mused for TV Insider.

Well, let's just wait and see if they make it through the battle of the in-laws first.