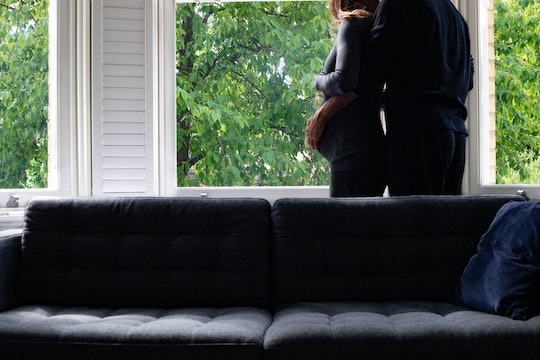 If you're eager to start a family, an unwanted miscarriage can deal a serious blow. You may even be tempted to blame yourself for the event, which is why it's important to know the various causes of miscarriage. Because, more often than not, the circumstances are usually beyond your control.

Many, if not most, miscarriages are caused by irregular fetal development. The art of growing and dividing chromosomes is not a simple one, and abnormalities often occur. According to the Mayo Clinic, about half of all miscarriages are due to extra or missing chromosomes. This has nothing to do with you, your partner, or even your genes. It's simply a case of chance colliding with the rigors of chromosomal articulation.

Additionally, certain health conditions can make miscarriages more likely. According to the National Health Service, chronic health conditions that may increase your risk of miscarriage include diabetes, kidney disease, and problems with your thyroid gland. In some cases it's possible to have one of these conditions without even knowing it, so a preconception visit with your doctor is always a smart move.

Even some types of infection can increase the odds of miscarriage. As noted on Very Well, infections such as bacterial vaginosis, chlamydia, and rubella have been linked to miscarriages. Again, the potential for problems caused by such infections, even if it's slight, makes a preconception visit to your physician invaluable.

Lastly, there are a few lifestyle factors that have been associated with an increased risk of miscarriage. First, though, it's important to note that miscarriages are not caused by exercise, sexual activity, or stress, as explained by WebMD. There's no need to blame yourself for any of these things. That being said, the National Institute of Child Health and Human Development (NICHD) noted that pregnant women who smoke, drink alcohol, or use drugs may face a higher risk of miscarriage. In addition, consuming more than 200 mg of caffeine (about 1 to 2 cups of coffee) has also been associated with an increased miscarriage risk, as further noted by the NICHD. In general, however, the causes of miscarriage are far beyond a woman's control, and they are usually a result of chromosomal errors, not daily habits. If you are concerned about your chances of miscarriage, or want more informaiton specific to you, get in touch with your doctor.