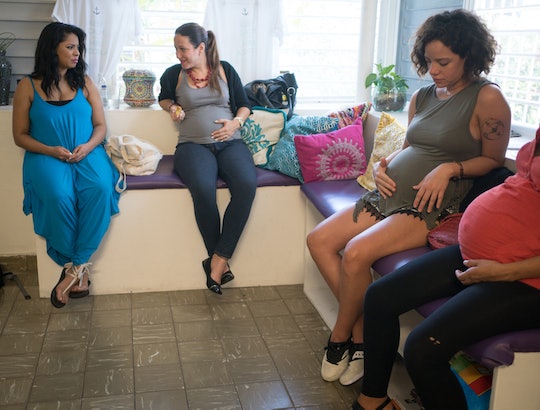 The CDC Just Loosened Zika Guidelines For Pregnant Women, But The Reason Will Worry You Even More

In comparison to last summer, this summer's Zika warnings have been a bit more direct, as researchers have learned more about the virus and its dangers. On Monday, the CDC loosened Zika guidelines for pregnant women, which initially sounds like a positive development. The reason why, though, will worry you even more. To put it simply, it appears that the current methods for evaluating Zika infections haven't been sufficient or even accurate. Thus, some changes had to be made.

The Centers for Disease Control and Prevention (CDC) is now changing its tune from prior policy, and is "no longer recommending routine testing for pregnant women without any Zika symptoms but who may have been put at risk because they have traveled to a region where Zika is circulating." The reason why testing asymptomatic pregnant women has been done away with is definitely concerning; Apparently, the main blood test can't be trusted. In recent months, the CDC has been flooded with increasing false-positive results, so that the most commonly used Zika blood test hasn't been much help for anyone.

Look at it this way: The only thing worse than excessive false-positives is excessive false-negatives and, as far as we know, that hasn't been the case. The CDC was able to share some slightly uplifting news in its report, noting an overall "declining prevalence of Zika virus disease" in the U.S. As Zika rates have lowered, though, the likelihood of false positives has increased. "When the disease incidence decreases, the test performs even worse than it did when there was lots of disease," explains Laura Riley, vice chair of the obstetrics department at Massachusetts General Hospital. "What the patient then gets is a potentially false positive, and that creates nothing but hysteria." The test is flawed, and it's created a bit of chaos.

"It's not perfect" admitted Henry Walke, who's serving as the CDC’s incident commander for Zika, sharing: “We feel the majority of positives using this test will be false positives.” Suffice it to say, more accurate testing is needed, for the sake of everyone's peace of mind.

Zika in pregnant women is linked to microcephaly — a birth defect that leads to "vision and hearing problems, seizures, and other developmental issues." Regardless of the changes to advisories for asymptomatic pregnant women, the advisories for pregnant women showing Zika symptoms have not changed; Pregnant women experiencing a "low-grade fever, headache, rash, muscle and joint pain, and conjunctivitis" should definitely get tested for the virus.