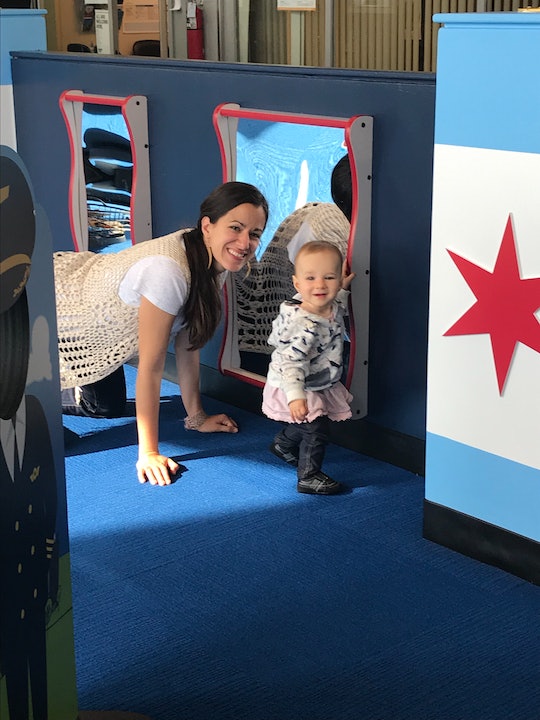 My Mother’s Child Care Struggle Is Now My Struggle

Thirty-three years passed between when my mother gave birth to me and when I became a mother myself. I love that motherhood has given me more common ground with my mother, but I’m frustrated and angry that the struggles the U.S. child-care crisis created for her decades ago are no better today.

After waiting to have a baby until we were more financially stable, my husband and I finally brought our baby girl into the world last October. I thought I was ready to tackle the childcare issue. After all, I’d been a childcare advocate for years; I knew about the costs, the waiting lists, the importance of quality, and the fact that Latinx families in particular tend to struggle to find quality, affordable child care, disproportionately living in what the Center for American Progress has termed “child-care deserts.” So before having our baby, we looked up options, used online cost calculators, and built up our savings. We were ready.

Or so we thought.

Once we had the baby, we faced an unwelcome surprise: There was a stark difference between what we had prepared for and the options actually available to us. We were looking at paying close to $1,500 a month for childcare — almost as much as our rent. In the short term, we could have made it work… but doing so would have threatened our financial future.

Having children should not have derailed my mother’s career.

This challenge was all too familiar to my mom. When she gave birth to my older sister, she had recently earned an aviation administration degree and was set to work at Miami International Airport. But my parents quickly realized that childcare would cost more than my mom’s paycheck would bring in. Between the cost of care, needing to buy an additional car, and related matters, my parents would have lost at least $100 a month if my mother stayed in the workforce. Family care was not an option, as one grandmother was working and the other unable to keep up with young kids. So my mother made the difficult decision to stay home and care for my sister and, later, me. The years of hard work she put into earning her degree yielded no financial benefit at all, because our system fails families in ways that especially penalize moms.

Years later, my mother struggled to re-enter the workforce but computers had changed the landscape entirely. So like many other stay-at-home moms whose labor isn’t valued, she did odd jobs because the gap in her employment history combined with outdated skills made finding a job nearly impossible.

Having children should not have derailed my mother’s career. If childcare had been affordable, it’s unlikely my mom would have left the workforce in the first place.

And this was the 1980s. Childcare costs have skyrocketed since then to nearly $9,000 a year on average, according to the 2018 Child Care Aware report, and it’s even harder now for families to find quality, affordable care. Despite expertise and preparation, my husband and I were unable to do so. So my parents relocated from Miami – a community they’ve lived in for more than 50 years – to help my Silver Spring, Maryland, family care for our daughter. My amazing mother, who sacrificed her career and ambitions for her family once already, is doing so again to support me and my daughter.

I’m one of the lucky ones. I have paid family and medical leave, a flexible workplace, and parents who can be mobile. Many aren’t this lucky.

My mother’s struggle is now my struggle and, if something doesn’t change, it will be my daughter’s struggle, too.

In fact, we are part of an alarming trend of Latinx communities struggling to access high-quality, affordable childcare. Right now, 42% of Latinx kids live in childcare deserts – areas with overfull or no childcare centers available. And with childcare costs rivaling college tuition, per the Economic Policy Institute, it’s no surprise that even those of us who can find childcare discover the cost is prohibitive. According to a recent study by Diversity Data, Latinx families spend a higher percentage of their income on full-time center-based care than any other group – almost double the recommended cost. This harms our children and our economic security.

It can’t continue. My mother’s struggle is now my struggle and, if something doesn’t change, it will be my daughter’s struggle, too. That’s not good for my family, my community, or our country. That’s why I want every 2020 presidential candidate to offer bold, comprehensive childcare plans, not more bandaids and piecemeal approaches.

My daughter, and all our children, deserve to be able to decide whether and when to have children based on what is right for them and their families, unaffected by prohibitive childcare costs. Let’s act, so future generations don’t face the impossible landscape both my mother and I did.

MomsRising.org is an on-the-ground and online grassroots organization of more than a million people who are working to increase family economic security, decrease discrimination against women and moms, and to build a nation where businesses and families can thrive.

More Like This
I’m No Singer, But My Children Think I Am
Good Moms Have Abortions — I’m One Of Them
This Mother’s Day, What I Hope For Is Resilience
Raising Us Maybe Wrecked Her Career, But My Mom Is Thriving In Her Second Act