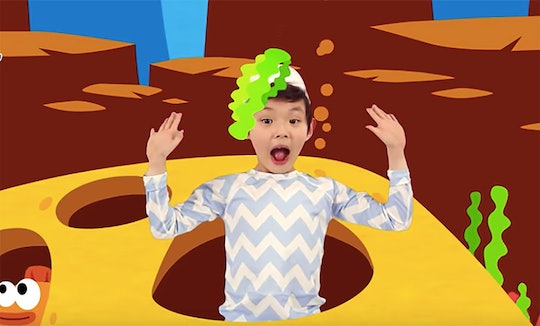 Prepare Yourselves: The 'Baby Shark' Phenomenon Is Expanding Beyond Our Control

Just when you thought the "Baby Shark" phenomenon couldn't get any more popular, the creators of "Baby Shark" announced their plans for a cartoon series and musical, Bloomberg reported Tuesday. Translation: Parents should brace themselves for many, many more "do-do-do-dos" in 2019.

"Baby Shark" — aka the song parents can't get out of their heads — swam up to No. 32 on the Billboard Hot 100 chart on Thursday, a milestone cementing its incredible popularity. And given its smashing success, it's really no wonder why the creators behind "Baby Shark" — an education company based in Seoul, Korea — want to expand their catchy empire.

One of the company's founder's told Bloomberg Thursday that it plans to "release short videos via Netflix Inc., a cartoon series, and a musical in North America this year," news some exhausted parents might not want to hear. But wait — that's not all. The company behind Pinkfong — SmartStudy — might "develop games that work with Amazon.com Inc.’s Alexa and Alphabet Inc.’s Google Home voice assistants" if the aforementioned ventures pay off. Plus there's a chance the company might break into the market of educational smartphone apps down the road.

Seungkyu Lee, the chief financial officer at SmartStudy, told Bloomberg he might consider switching things up with penguins because why not?

“I really liked ‘Madagascar," he shared.

It's official, you guys: "Baby Shark" is gearing up for world domination.

SmartStudy isn't the only company capitalizing on the success of "Baby Shark." Montreal-based toy company WowWee released Baby Shark plush toys that play the iconic song, a creation that sold out within two days when it went on pre-sale Dec. 1.

Of course, it's reasonable to wonder why the "Baby Shark" is so popular compared to other children's songs.

“It is so catchy, it has such a hook, so addictive that it is literally crack for kids,” Hollywood producer and media and tech consultant Teddy Zee explained to ABC News. “It can go on repeat, [and it’s] so addictive that it even has parents and grandparents sharing in the experience.”

Journalist and mom Elisabeth Dickson likened the song and video to "toddler catnip," stating to Vox:

I know a lot of parents who use it as a bribe or a pacifying technique. It’s like toddler catnip. Bright, moving colors; cute little kids; catchy, repetitive lyrics. I would bet anything, though, that a lot of the views are repeat views from the same users.

At the end of the day, however, it doesn't really matter why or how "Baby Shark" became popular. It's clear the song is here to stay (for now, at least) and that it's a money maker. Case in point: SmartStudy’s revenues have "tripled" to $24 million since "Baby Shark" was released in 2016. Additionally, "the company said it expected sales to grow 70 percent this year and next," as the Financial Times reported.

What all of this means for parents? "Baby Shark" will likely dominate your life in the coming years, whether it be in the form of a musical or Netflix series. Hang in there, guys.