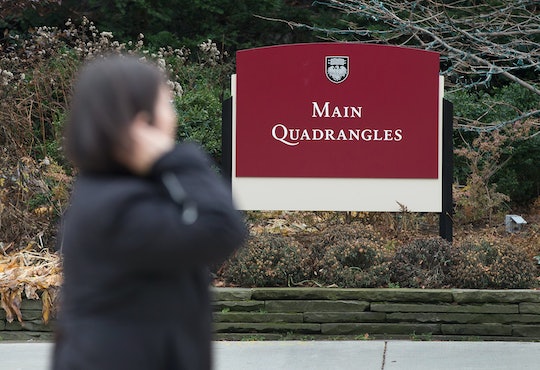 University of Chicago Dean John Ellison made waves earlier this week when he sent a letter to all “Class of 2020” students. In the letter, Ellison warned the incoming class that if they wanted their school to provide safe spaces, and to preface potentially upsetting content and discussions with trigger warnings, this school may not be the best school for them because UChicago believes debate and disagreement are important, and because UChicago encourages “academic freedom.” However, many were outraged by Ellison’s remarks because trigger warnings and “safe spaces” were not originally created to shield individuals “from ideas and perspectives at odds with their own,” as Ellison implied; safe spaces were created to aid and protect traumatized individuals and traumatized or targeted minorities. And it is important for parents — and non-parents — to understand the difference. It is essential we understand the history and definition of “safe spaces” in order to fully understand the problem Ellison’s letter presents.

The idea of the “safe space” was first conceptualized in the mid-1960s, with the advent of gay and lesbian bars. Though LGBT individuals did not refer to these establishments as “safe spaces” — at least not in the manner being discussed today — activist, scholar, and author Moira Kenney explained in her 2001 book, Mapping Gay L.A. that these bars were the earliest “safe spaces,” as they were locations gay people could go to, relax, and hang out in the company of likeminded individuals. They were establishments where gay people could go without fear of violence, harassment, and/or persecution. Make no mistake: gay and lesbian bars in the '60s were not free from risk nor were they fail-proof or entirely safe, but these bars did provide a great deal of respite.

These bars provided shelter from the hate and vitriol many gay people were experiencing around that time.

However, the term “safe space” didn’t become a part of the mainstream vernacular until it was adopted by feminists in the '70s. According to Kenney, in this case, the term was used to distance women from men and patriarchal thought:

Safe space...in the women’s movement, was a means rather than an end and not only a physical space but a space created by the coming together of women searching for community.

During this time, the term also became synonymous with physical safety — mainly in cases of rape and sexual assault and violence — thanks to the creation of “safe houses,” or establishments that were built and created to protect women recovering from trauma.

However, by the '90s the terminology was being used by many groups, and for many different purposes, and today the term “safe space” has become a bit of a catch all. In fact, according to Advocates for Youth, a “safe space” is “a place where anyone can relax and be fully self-expressed, without fear of being made to feel uncomfortable, unwelcome, or unsafe on account of biological sex, race/ethnicity, sexual orientation, gender identity or expression, cultural background, age, or physical or mental ability; a place where the rules guard each person's self-respect and dignity and strongly encourage everyone to respect others.”

Make no mistake: this ideology is fantastic, and I do not disagree with it, in principle or in concept. However, this all-encompassing definition has become part of the problem, as it has made businesses, organizations, and schools — schools like the University of Chicago — approach safe spaces and trigger warnings in an all-or-nothing manner: it's either we are for safe spaces, or we're against them.

And I get it, I do. Company policies and procedures, employee handbooks, and student handbooks are often legally binding documents that need to be black-and-white. Cut-and-dry. And, when it comes to rules and regulations, there cannot be any room left for interpretation. There is no “reading between the lines.” Unfortunately, by nixing “safe spaces” entirely, the University of Chicago has undermined the very reason they were created — to help create areas and/or forums where marginalized individuals or people who have experienced trauma, such as rape survivors, could come together without fear of hatred, retaliation, or stereotyping.

In banning safe spaces, the University of Chicago may have done the opposite of what it intended, and it may prevent people from acknowledging and confronting real traumas by erasing or ignoring them altogether, which not only seems counterintuitive to a learning institution but is downright dangerous.