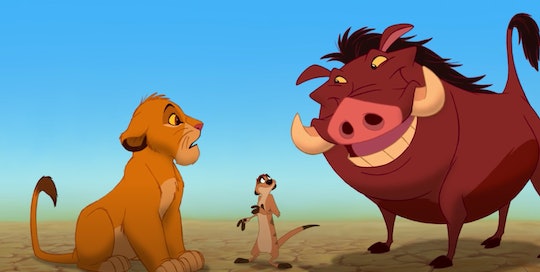 Hakuna Matata! 'The Disney Family Singalong' Round #2 Will Feature SO Many Celebs

If you thought round #1 was exciting, the list of performers slated to appear on The Disney Family Singalong: Volume II might make you do a little happy dance. Airing on ABC at 7 p.m. EST this Sunday, May 10, which also happens to be Mother's Day, you can expect to see celebs like Shakira singing "Try Everything" from Zootopia as well as Seth Rogen and Billy Eichner belting out to a Lion King classic.

Eichner and Rogen will also reprise their roles as Timon and Pumbaa from the 2019 live-action remake of The Lion King to sing "Hakuna Matata" with a little help from Donald Glover and Walter Russell III.

Some familiar faces from the first special will also make appearances in round #2. Josh Gad, who performed a song from Beauty and the Beast the first time around, will slip back into his role as Olaf from Frozen to perform "When I'm Older" from Frozen 2. Julianne and Derek Hough along with Hayley Erbert will also return to perform two songs from Mary Poppins.

See the full list of performers and songs in store for the hour-long special below:

So mark your calendars, schedule your DVR, and plan your snacks for when The Disney Family Singalong: Volume II airs on ABC this Sunday at 7 p.m. EST.