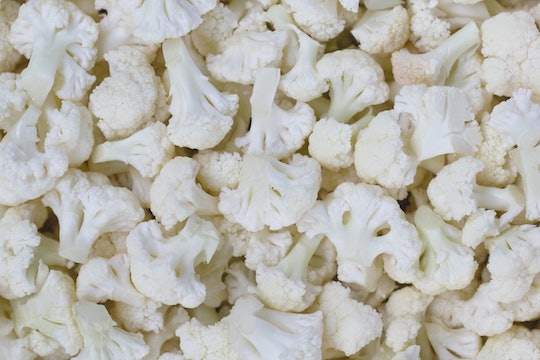 The E. Coli Recall Now Includes Cauliflower & Other Produce, So Check Your Veggies

Whether in tots, mashed, or made into pizza crust, it seems that cauliflower has become a ubiquitous part of the American diet. So it’s important to know that the recent E. coli recall now includes cauliflower and more leafy greens sold across the United States and Canada.

The company is recalling red leaf lettuce, green leaf lettuce, and cauliflower that was grown on the farm and harvested between Nov. 27 and Nov. 30.

Sediment from a reservoir near where the items were grown tested positive for E. coli, and although the release says none of the produce should have come in contact with the sediment, Adam Bros. Farming is still voluntarily recalling the products.

Adam Bros. Farming asks that any of the three products not be eaten or sold, according to the release. The company has notified is customers of the recall and asked that the produce be pulled from shelves.

Red and green leaf lettuce was sold to wholesalers in California, Colorado, Oregon, Texas, Pennsylvania, Washington, and Canada. Red leaf lettuce was also sold to a wholesaler in Minnesota, and Tijuana, Mexico, according to Adam Bros. Farming.

It’s not easy for consumers to tell what farm their produce came from, so it’s probably a good idea to discard any of the three items you might have. You can also you can return them to the place of purchase, according to Adam Bros. Farming.

Adam Bros. Farming did not immediately return Romper's request for further comment on the recall.

Health officials in the United States recently announced that Adam Bros. was one of the farms linked to the E. coli outbreak linked to romaine lettuce in November, according to NBC News, which reported that an investigation has narrowed down the tainted romaine lettuce to three California counties: Santa Barbara, Monterey, and San Benito.

According to Quartz, the FDA has lifted its warning against buying romaine lettuce, clearing products that come from several other California farms. That means you’ll still be able to find lettuce and cauliflower on shelves in some stores. “Romaine lettuce entering the market will now be voluntarily labeled with a harvest location and a harvest date or labeled as being hydroponically — or greenhouse-grown. If it does not have this information, you should not eat or use it," according to the FDA.

The FDA also gave the warning signs of E. coli infection, from which most people recover in five to seven days. The illness varies by person, as noted by the FDA, but can include severe stomach cramps and diarrhea. Some people will run a low fever, generally less than 101 degrees. About 5 to 10 percent of people with E. coli will develop a potentially life-threatening complication called hemolytic uremic syndrome, according to the FDA. Symptoms of this include fever, fatigue, abdominal pain, decreased urination, small unexplained bruises or bleeding, and pallor. People with these symptoms should seek medical care immediately, the FDA cautioned.

To be on the safe side it might be a good idea to forgo all that cauliflower goodness for a few days while suppliers sort things out and just enjoy the extra carbs. With a potential risk of E. coli, it’s much better to be safe than sorry.