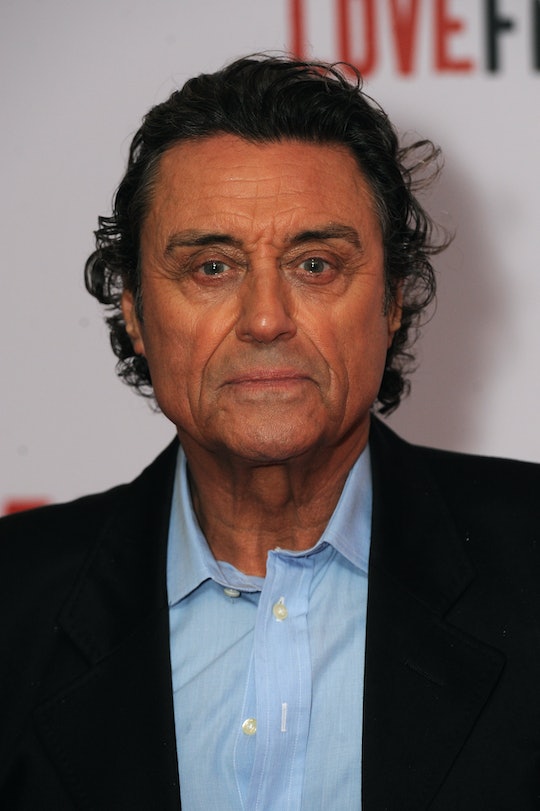 R.I.P one more Game of Thrones character – and this time it's one fans barely got a chance to know. Ian McShane made an immediate impression as the monk the Elder Brother, but his time on the series was short lived. The Elder Brother is dead, and he only lasted for a single episode. Despite that, his impact was felt immediately: he had style, he had flair, he was there to be a really cool priest who seemed like a nice guy. As a former soldier himself, he had an understanding of violence and what it does to men that the Hound clearly resonated with.

More Like This
Kate Middleton "Can't Keep Up" With Prince Louis On His Scooter
Bindi Irwin Has Been Sharing The Cutest Photos Of Her Daughter
The Bates Family Keeps On Growing: Get To Know All 19 Kids Here
Everything You Need To Know About The Proud Family Reboot Coming To Disney+

He spoke about fear, cowardice, and following orders no matter what they were – even if it was killing people or burning villages. His story of giving up the extreme violence of his past due to his shame and guilt has a visible effect on the Hound, and audiences understood right away why the Hound might have chosen to follow this man. The Elder Brother chose to give up his dark path and try to do good instead; he wanted to help the world instead of hurting it. "It's never too late to come back," he said at the end of his speech. Those were words the Hound needed to hear.

But like all men and women on Game of Thrones who show signs of decency, he couldn't possibly last. The settlement he had set up was idyllic, too good to be true. It was full of happy workers making food, spending time together, building temples. It was a peaceful place full of peaceful people doing their best, so of course by the end of the episode they were all dead. That's just how it works on Game of Thrones.

Considering that the Hound was looking to the Elder Brother and his followers to find a different kind of life than the one he was living, it seems likely that their deaths won't be something he takes lightly. Will Sandor Clegane try to avenge the community he found, who took him in even though they were still somewhat afraid of him? Community is definitely something the Hound lacked in his life, and having it ripped away from him could understandably cause a resurgence of the anger he used to feel. That could mean bad things for the men who killed the Elder Brother – and anyone else the Hound happens upon in the interim.

Then again, maybe the Hound is just going to be super zen from now on. It not likely on this show, but you never know.