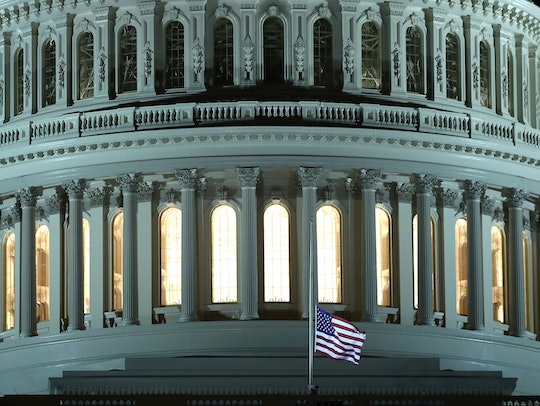 The first order of business of 2017 for Republican members of Congress was to meet behind closed doors on a national holiday to strip power from the office designed to investigate alleged corruption by the very same elected officials. But the swift backlash over the Ethics Office decision, and subsequent House GOP reversal, offers a bipartisan playbook about how to hold officials accountable for abuse and corruption in the era of Trump and "Drain the Swamp." Public shame works.

The optics on the move by House GOP leadership were atrocious and have done something that might have seemed previously impossible: united Congressional Democrats and the President-elect of the United States, Donald Trump, in questioning the move and its timing. According to the New York Times, California Rep. Nancy Pelosi released a statement against the move, saying, "the House GOP has eliminated the only independent ethics oversight of their actions."

Rep. Keith Ellison from Minnesota tweeted this in reaction to the news, "Republicans proposing rule to hamstring the Congressional Ethics Office? Perhaps they're on the other side of that issue."

These Democratic leaders were joined by PEOTUS Trump, in a shocking show of common ground amid the current divisive political environment.

And it worked. By early Tuesday afternoon the House announced it was reversing course, according to the New York Times.

Bloomberg reported that the amendment to weaken the Office of Congressional Ethics was removed after the firestorm of controversy it sparked began to overshadow the first day of the 115th Congress, which was supposed to be a celebration of the sweeping Republican election victories.

"We have got just a tremendous number of calls to our office here and district offices concerned about this," North Carolina Rep. Walter Jones told Bloomberg. Republican Sen. Lindsay Graham said, according to Bloomberg, the move by the House was, "...the dumbest frickin’ thing I’ve ever heard." He added, "This is not the message the House needs to send."

But while the amendment might be dead for now, lawmakers are promising to take the issue up later. Oklahoma Rep. Tom Cole said the House GOP leadership vowed that it will have a solution by August to address concerns members of Congress have about the office's role in investigating corruption, telling Bloomberg, "I think people just did not want this story on opening day."

The move by the House was intended to strip the Ethics Office of its independence, and instead make it "subject to oversight" by the House Ethics Committee, which would have the effect of significantly weakening its authority to carry out independent investigations. According to Politico, the new rules would have prohibited the Office of Congressional Ethics from making the results of its investigations public or considering anonymous tips about potential corruption.

The OCE was created by Democrats in 2008 in response to lobbying scandals involving Jack Abramoff, who wound up in prison after being convicted of corruption, according to NPR.

Monday's amendment to undermine the powers of the office was introduced in the closed-door meeting by Virginia Rep. Bob Goodlatte, because, as one GOP aide told NPR, "members are sick of having their name dragged through the mud based on partisan sometimes anonymous accusations."

But while the issue appears to be dead for now, and the OCE will remain in-tact, it's worth noting that GOP House Speaker Paul Ryan defended the amendment's content, even though the optics of its passage made for lousy politics, according to NPR.

It's not likely this is the last effort members of the House will make to weaken corruption oversight. If, or when, similar legislation is introduced, both parties have given Americans a blueprint to hold public officials accountable, regardless of whether they sit on the right or left side of the aisle.