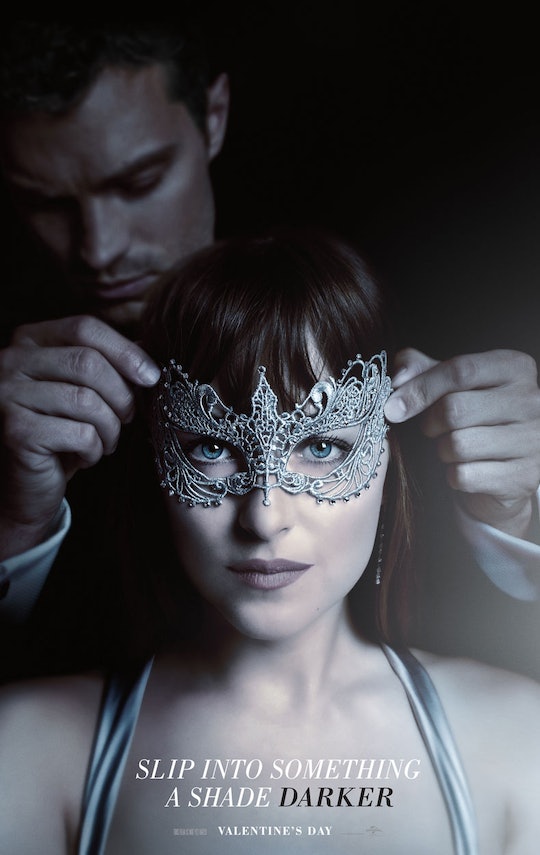 The marketing for the Fifty Shades movies has always been one of the best aspects of the uber-popular erotic romance series. When the first trailer for Fifty Shades of Grey dropped back in July 2014, seven months before that film's release, fan anticipation went through the roof, thanks to the sultry trailer featuring the now-iconic "Crazy in Love" version that Beyoncé created especially for the movie. That trailer was slowly teased out over the course of several weeks, and now, for the upcoming sequel, the studio is doing something similar. The Fifty Shades Darker trailer is here (finally!), and it's just as hot as we expected.

Back in 2014, the first trailer for Fifty Shades of Grey was released in drips and drabs. Beyoncé released the first teaser for the trailer on her Instagram account July 19 of that year, five days before the official trailer. It was only a few seconds long, but it was enough to give fans a taste of the super sexual movie and the super sexual new version of "Crazy in Love." The stars, Dakota Johnson and Jamie Dornan, appeared on The Today Show on July 24 to tease the "family-friendly" (ha) bits of the trailer, and then the full not-so-family friendly version dropped later that day. Seven months and one broken record for most-watched trailer ever later, the movie premiered.

Since that "teasing" marketing strategy worked out so well last time, it made sense for the studio to recreate that for the second movie in the trilogy, Fifty Shades Darker. The movie is set to be released on February 10, almost two years to the day since the first film's release. The teaser for the first trailer dropped on September 12, in anticipation of the full trailer's release today, September 13.

The full trailer features all of the footage that we saw in the September 12 teaser, plus a ton more. The new footage makes it clear that this sequel is leaning much more towards the thriller genre than its predecessor, which was mainly tasked with setting up the relationship between main characters Anastasia Steele and Christian Grey. In the new trailer for Fifty Shades Darker, we see the two leads attending a masquerade ball, Christian trying to win Ana back, and, of course, the sexual chemistry between the two is off the charts as usual.

Interestingly, the trailer's two halves are very different – the first minute and ten seconds is standard Fifty Shades fare, showing off the electric chemistry between the two leads and their reconciliation after the events of the first movie, while the second half is much, well, darker.

Christian's mysterious past seems set to rear its ugly head in the new movie – throughout the latter half trailer, Ana appears to be having "visions" of a mysterious woman, while Kim Basinger's character questions whether Ana thinks that she's the first woman to attempt to save Christian. Paired with an increasingly tense, amazing new cover of "Crazy in Love" by Miguel, it looks like we're got a lot more suspense and thrills in store for us this time around.