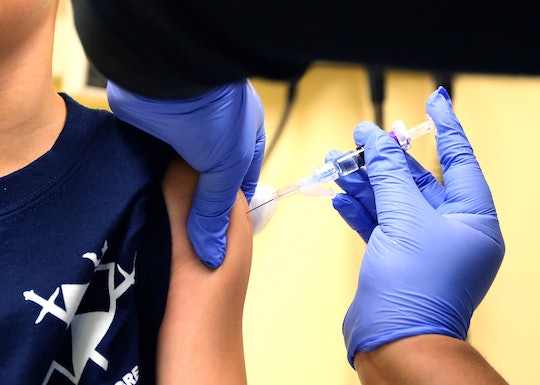 Recent estimates from the Centers for Disease Control and Prevention (CDC) claim that at least 26 million people have had the flu in the U.S. alone this season. Of those who've become ill, at least 250,000 have been hospitalized and some 14,000 to 36,000 have died, making this flu season's rates of infection higher than normal, especially for children. But perhaps worst of all is the news that this flu season is far from over.

The CDC has estimated that there have been between 26 million and 36 million cases of the flu in the United States since flu season began on Oct. 1, 2019. Some 12 million to 17 million of those infected individuals have sought medical visits for their symptoms while a approximately 250,000 to 440,000 people have been hospitalized as a result of the flu. In total, 14,000 to 36,000 people are estimated to have died as a result of the flu this season. Of those deaths, 92 are reported to have been children.

But it isn't just flu-related pediatric deaths that appear to be higher than normal. As Time magazine reported, this season's flu-related hospitalization rate for children is also at the highest rate seen at this point in any season since the especially severe 2009-2010 flu season. What's more, health officials aren't convinced that we've seen the worst of it.

"We have not yet peaked for influenza," University of North Carolina infectious-diseases specialist Dr. David Weber was quoted as saying in Time. "We are still on our way up."

Indeed, the CDC has said that a second wave of flu viruses began circulating in late January and has continued to hit folks across the United States. Earlier this month, the CDC reported that visits to health care providers for influenza-like illnesses had risen from 6.6% to 6.8% in the span of a week. While the flu is reported to have hit all states, 46 are said to be experiencing high flu activity, according to the CDC's latest weekly influenza report.

Flu season is expected to continue until the end of Spring, and according to the CDC, it's still not to late to get a flu shot. Other CDC-approved tips to keep from contracting the flu include practicing good hygiene by washing your hands often, avoiding touching your eyes, nose, and mouth, and staying away from anyone who is sick.