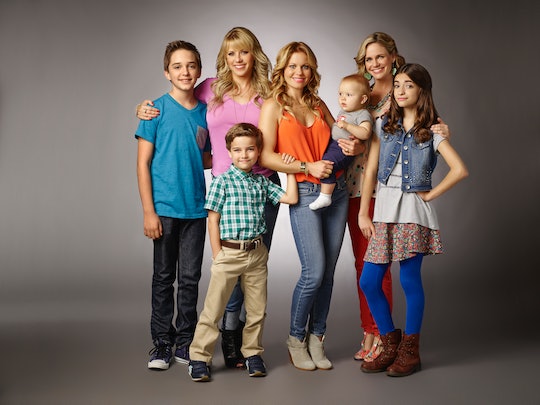 The 'Fuller House' Pun You May Not Have Noticed

When a television series is brought back from the dead, there's bound to be plenty of phrases and jokes meant for true fans of the show. So it's no surprise that Fuller House, which premiered Feb. 26, brought back a slew of one-liners, one-off characters, and wonderful references to the '90s. If not, fans would have been screaming, "How rude!" And, seeing as fans of the show have grown up, the series also slipped in some innuendos and play on words that only adults would catch on to. But there was one Fuller House pun that you may not have noticed, probably because you were too busy taking a trip down memory lane.

It happens so subtly and quickly, that it's no wonder you may have missed it. When D.J.'s former (and hopefully, future) fling Steve arrives at Danny's going away party, he greets everyone in the room by using their last name. — Tanners, Gibblers, Gladstone, Katsopoli, and Fullers.

Oh wait, what was that last one? Oh yeah. Fullers. Assuming D.J. didn't keep her maiden name when she got married, one can easily deduce that her last new last name is Fuller (Or maybe Tanner-Fuller, because D.J. always seemed pretty progressive.) And this reveal helps explain the name of the series.

Many people, myself included, assumed the title Fuller House referred to the fact that the new tenants would in fact make it a fuller house. And it still might. The show's name can easily have more than one meaning. But this added fact goes to show just how much thought and care went into creating the Netflix revival, and gives fans hope that Fuller House will be just as good as Full House (or, depending on your theories, a Tanner house.)