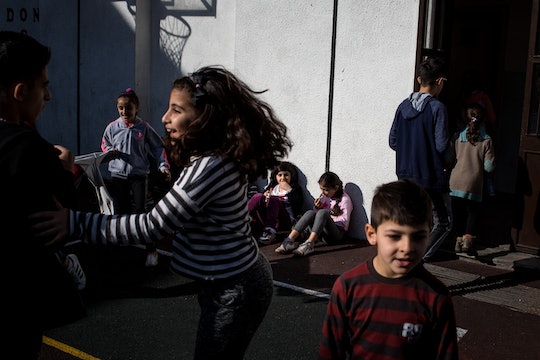 With a wave of news stories coming from the south that paint a picture of the region as a bastion of ultra-conservative thought, a piece of news out of Georgia won't help those who are trying to understand this behavior. The Governor of Georgia just vetoed this proven benefit to kids in school which is hard to understand as a parent.

As Scary Mommy reported, Brian Kemp, Georgia's governor, has vetoed a bill that would make daily recess compulsory for all elementary school students. Kemp's reasoning might make sense on the surface; he told The Augusta Chronicle newspaper that his veto was because the new policy would take away local control from individual school districts.

“I am a firm believer in local control, especially in education,” the governor said in a statement to the paper. “This legislation would impose unreasonable burdens on educational leaders without meaningful justification.”

To which educators are saying: Not so much. The justification for recess, and making sure it happens each and every day, is apparently based on real evidence, with Scary Mommy noting that the American Academy of Pediatrics has published a whole study called "The Crucial Role of Recess in School," about the pure fact that kids need unstructured playtime in the midst of a busy day.

As CNN added, Kemp's veto of House Bill 83 means that the Peach State won't be able to highly encourage all its schools to offer 30 minutes of supervised outside play every school day. The Augusta Chronicle chimed in that the new law would have seen recess time became part of the written policy per school district, and also that recess privileges not be withheld for disciplinary or academic reasons across the state.

I really try to understand both sides of the aisle when it comes to politics (when I actually want to think about the subject at all), but I just can't wrap my mind around this one. It sounds like an old, conservative kind of paranoia about giving up too much "freedom," just for the sake of that argument, rather than making laws based on sound judgement and scientific or medical facts and inquiry.

Education website Edutopia clarified that the need to ensure kids get a break comes in the wake of such national policies such as the No Child Left Behind Act, which renewed focus on standardized tests and left many school districts to squeeze in a bit of recess whenever they could.

In fact, the site noted that 20 percent of school districts reduced recess time between 2001 and 2006, with one-third of elementary schools not offering any daily recess at all by 2006. Alarming, no?

And while recent years have seen a renewed focus in schools on social and emotional growth as well as nuts-and-bolts academics (at least it seems to this hopeful elementary school mama), there are other benefits of recess time too — including active play to combat the rising rate of childhood obesity, as CNN reported in a separate article.

But that's just not a concern for Gov. Kemp, it seems. Better I guess to give local school districts absolute power, even if it's not in the best interest of kids? How does that possibly make sense?