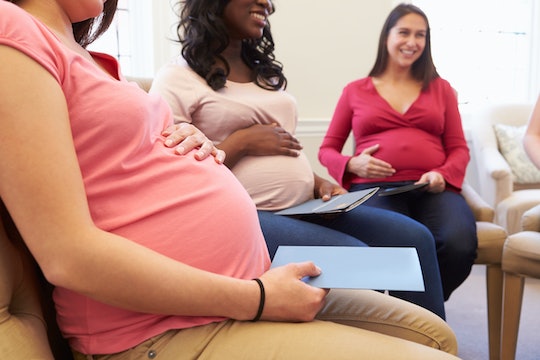 While thousands of Americans will be celebrating Mother’s Day this weekend, the state of maternal care in America still remains an alarming cause for concern. In an attempt to address the nation’s high maternal mortality rate, Congressional lawmakers have introduced the Healthy MOMMIES Act, which would make maternal healthcare more accessible if passed.

On Wednesday, May 8, Congresswoman Ayanna Pressley (D-MA) and Sen. Cory Booker (D-NJ), both founding members of the recently formed Black Maternal Health Caucus, introduced sweeping legislation that seeks to reverse the rising maternal mortality rates in the United States. According to the office of Rep. Pressley, this legislation marks “one of the most far-reaching proposals every introduced in Congress to address maternal health.”

The legislation would expand and enhance coverage for pregnant women with Medicaid, a federal program that covers nearly half of all U.S. births. If passed, the Healthy MOMMIES Act would expand coverage from its previous 60 days to a whole year after giving birth so that women can receive a full range of services throughout their pregnancy, labor, and postpartum period.

The legislation would also provide incentive for health providers in underserved areas to participate in the Medicaid program and explore telemedicine as an alternative care option for women who face barriers in accessing maternity care.

The comprehensive legislation also includes an effort to increase access to community-based doula care, which in recent years has become a rare practice unaffordable to many high-risk women.

The sweeping legislation, co-sponsored by key players in the House and Senate such as Congresswomen Alma Adams and Lauren Underwood and Sen. Kristen Gillibrand and Sen. Kamala Harris, is an effort built on last session’s MOMMA (Mothers and Offspring Mortality & Morbidity Awareness) Act that was introduced by Congresswoman Robin Kelly.

The legislation comes as statistics despairingly reveal a worsening maternal health crisis in America. Between 2000 and 2014, the maternal mortality rate in the United States increased by whopping 26 percent while rates decreased in every other developed country, according to Rep. Pressley and research from U.S. National Library of Medicine. In fact, the United States has the worst maternal mortality rate among the developed nations, according to the CDC, with approximately 700 women dying yearly as a result of pregnancy or delivery complications.

This crisis disproportionately affects African American women. According to research published in Clinical Obstetrics and Gynecology just last year, Black women are three to four times more likely to die in a pregnancy-related death than their white counterparts. Black women are also twice as likely to lose their newborn to premature death.

Unlike usual factors that usually explain health disparities between different communities, including socioeconomic status, access to prenatal care, education level, and general physical health, this particular phenomenon’s root cause is instead attributed to the cumulative effects of racism on maternal and infant health.

"The lived experiences of Black women demonstrate how racism and trauma directly impact the health and wellbeing of marginalized communities for generations," Congresswoman Pressley said in a statement about the legislation’s purpose. "Maternal justice is about ensuring that every mom-to-be is listened to and treated with dignity and respect during and after childbirth."

Last month, Democratic lawmakers including House Majority Leader Steny Hoyer and Majority Whip James Clyburn announced the formation of the first Black Maternal Health Caucus in order to address racial disparities in perinatal healthcare. Now, its key members have introduced this sweeping legislation as one of its first efforts to finally bring the conversation to the floor of Congress and hopefully to the forefront of the nation's political agenda.