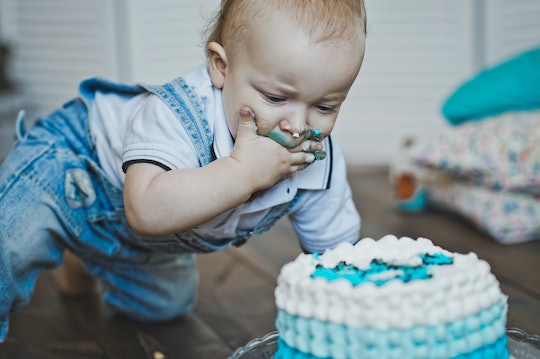 The History Of "Patty Cake" Is More Interesting Than You'd Think

Unless you grew up far, far away from civilization, you know the children's nursery rhyme, "Patty Cake." You may not have kids, but you probably heard the song as a child (and I bet the song is stuck in your head right now.) And, oddly enough, the history of "Patty Cake" is actually pretty interesting, and is even logged into The Poetry Foundation's archives, alongside masterpieces by Shakespeare, Emily Dickinson, and Gertrude Stein. According to The Poetry Foundation, the author of the famous nursery rhyme is Mother Goose. Now, the question becomes, will the real Mother Goose please stand up? Is she an actual person, or a fictitious character created to sell children's jingles?

There are a couple of theories. Some literary historians believe Mother Goose to be a 17th century widow of Isaac Goose, named Elizabeth Foster Goose or Mary Goose from Boston. Other historians, however, dispute her American origins, claiming her rhymes popped up in French culture accredited to “mere l’oye” or “mere oye” (Mother Goose), or so noted the archives at The National Poetry Foundation. According to an article in LA Weekly, Mother Goose didn't come up with "Patty Cake," but rather the song originated in 1698 in English writer Thomas d'Urfey's play The Campaigners. The article continues that it wasn't until 1765 Mother Goose's Melody, that the mysterious "Mother" published her masterpiece. Regardless of the nursery rhyme's origins, the song itself is a hoot. So, to pay homage to Mother Goose, here are seven things I bet you didn't know about "Patty Cake."

More Like This
20 Stocking Stuffers For Kids Under $20
When It’s Safe To Bring Your Newborn To A Restaurant, According To A Pediatrician
Can You Burp A Baby Too Hard? A Pediatrician Shares Tips For Gassy Tummies
These Girl Names That Start With “F” Will Fascinate You