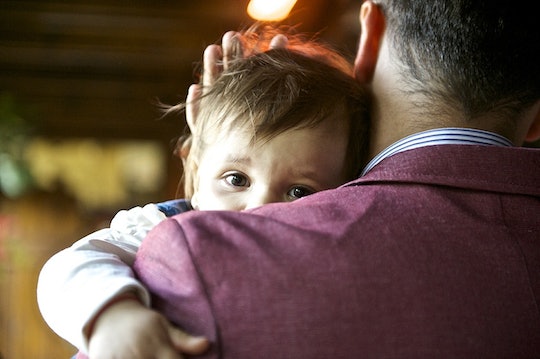 The History Of Surrogacy, Explained

While conception by surrogate motherhood may seem like a modern miracle, the practice of surrogacy actually dates back further into history than you might think. References of women carrying other women's babies date back as far as biblical times. Still, despite its primitive roots, recent innovations have brought surrogacy well into the scientific age.

The first recorded reference to surrogacy comes from the Old Testament, in Genesis Chapter 16. It tells the story of Sarah, the wife of Abraham who was unable to bear children. As the story goes, in an attempt to give him a child, she offered him her servant Hagar as the future the mother of his children. In most cases of surrogacy, such as Sarah's, the intended mother is infertile or unable to bring a baby to term.

Surrogate motherhood is next described in the history of Sumerian Mesopotamia. The Hammurabi Code, King Hammurabi's codified laws of 18th century B.C., includes explicit references to surrogates. There are also accounts of surrogacy in ancient Egypt, with similar cases to Abraham and Sarah's where slaves and servants were used to bear the children of their masters.

Western history contains tales of surrogacy as well. The Spanish monarchy often relied on surrogate mothers to bring about an heir to the throne. As history tells it, the king would lie with several surrogate mothers until a son was born. After the birth, the mother would act as a nanny to the child, raising him to believe that the queen was his biological mother and leaving him to take over reign of the kingdom.

Modern Surrogacy is a bit more complex than in ancient times and involves more than a man having relations with another woman in hopes of conceiving a child. There are two types of modern surrogacy — traditional surrogacy and gestational surrogacy.

Of the two, traditional surrogacy has more controversy surrounding it than gestational, in part due to the genetic relationship between the surrogate mother and the child. This relationship can complicate the legal rights of those involved and lead to confusion regarding custody if the surrogacy is challenged in court. In fact, many states have outlawed traditional surrogacy agreements for this reason and prohibit payment for surrogacy beyond medical and legal expenses.

Surrogate motherhood has been brought into the modern age by a combination of factors. Scientific innovations, including developments in the field of embryo transfer technology, as well as cultural and political changes, such as ever-changing family structures and the rise of global capitalism, have made surrogacy an eternally relevant concept.

The 1900s ushered in a wave of surrogacy, beginning in 1976 when Michigan lawyer Noel Keane drafted the first official surrogacy contract. This contract resulted in Mary Beth Whitehead of Tenafly, New Jersey, being paid $10,000 to be impregnated with the sperm of William Stern, the baby's intended father. The agreement took a turn for the dramatic when Whitehead allegedly changed her mind and ran away with the baby.

Around the same time, another unconventional birth made headlines when Louise Joy Brown became the world’s first "test-tube baby." Though she was not the product of surrogacy, Brown set the precedent for gestational surrogacy and modern day IVF.

Shortly thereafter, Australia reported the first pregnancy using donated eggs in 1983. That same year, the United States had its first successful egg donation, with the resulting birth on Feb. 3, 1984 in Southern California. Full gestational surrogacy was performed in the United States for the first time in 1986.

Today, surrogacy is becoming more and more commonplace as it gains attention through celebrities, such as Lucy Liu and Neil Patrick Harris, who both used surrogates themselves. LGBTQ families also often turn to surrogacy as a means of having children. As the science develops, having children is becoming a reality to those who never thought it possible.