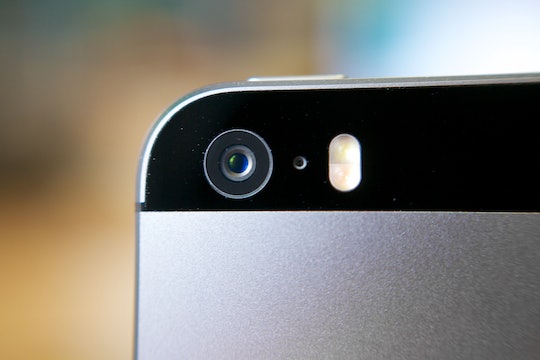 The iPhone 7 May Lose The Headphone Jack, & 4 Other Things We Know So Far

While some people are still getting acquainted with their iPhone 6, Apple is hard at work crafting their next phone — which thousands will undoubtedly line up to buy. Although there aren't many hard facts out there about their next installment, the rumor mill is working overtime and churning out plenty of speculation. But Tuesday a piece of information emerged that shows the company is all about change: Apple may ditch headphone jacks for the iphone 7, because your phone can never be thin enough.

Apple hasn’t unveiled the final iPhone 7 specs, but plenty of ideas are circulating about what the newest phone will include — or will ditch all together. As with any highly-anticipated gadget, everyone is talking about which potential iPhone 7 features are must-haves. And to be honest, there are a good amount of the peanut gallery requests that aren’t that far fetched. I mean, is increasing battery life that hard (a larger battery is probably out of the question)? What about wireless charging? Come through, Apple, please…

But the most important question is: What will the iPhone 7 experience actually look like? While there is no shortage of hearsay and gossip, there seems to be some useful information in there. Here are the five things we know about the iPhone 7 so far:

There May Not Be A Headphone Jack

As mentioned earlier, many outlets are picking up a story that Apple wants to slim down the iPhone 7, meaning the headphone port might have to go. So does this mean bye bye Spotify? Not exactly. According to CNN Money, if the 7.1 mm thick jack were removed, users could plug into the iPhone’s Lightning port — which will require an adapter — or connect their device via Bluetooth. Technology expert Scott Steinberg explained the company’s logic:

Since Apple appears to want the iPhone 7 thinner, it makes sense that it would look at new options for connecting headphones. But like all things Apple, this bit of news has the Twittersphere talking. While some are disappointed, others are asserting that they know the company’s motive for this move. WIRED Senior Editor David Pierce speculated on Twitter:

Apple seems to follow a calendar when they unveil their new phones. If they stay true to their pattern, Business Insider suggests, the iPhone 7 will be revealed in September 2016 and be available for purchase the next month.

It May Be Glove-Friendly

Have you ever had to take off your gloves in the mid-winter cold just so you can text back “lol”? Well, I don’t have to tell you it is the absolute worst. And it looks like they are going to help us through this first-world problem, as Patently Apple reports the company is working on a patent for a touch screen which will detect touches when someone is wearing gloves. Fingers everywhere are super happy about this.

It May Have A New Screen

We’ve seen iPhones grow in size overnight. However, it looks like their screen may undergo another makeover, possibly inspired by their closest competitor. The Science Times reports that Samsung and Apple are in talks about using an Active-Matrix Organic Light-Emitting Diode (AMOLED) display panel for the iPhone 7 — something common to Galaxy Phones.

It Won’t Be Cheap

It looks we’ll have to shell out more money for all these changes, but you probably already knew that. Right now, the iPhone 6s costs $649 — nothing to sneeze at. But, according to the Tech Times, it stands to reason that Apple is going to charge at least that much for the iPhone 7, but quite possibly more. So, get saving now!

Let’s hope Apple gives us any information about the iPhone 7 soon...