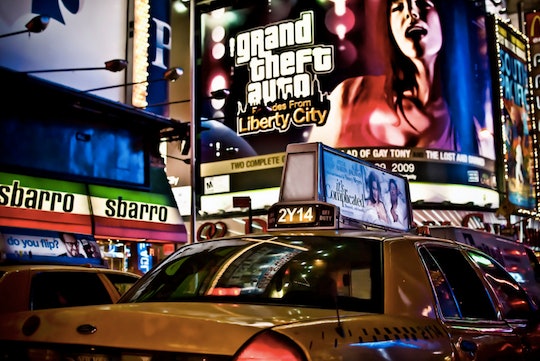 The ISIS Video Threatening NYC Is Swiftly Going Viral, But Here's Why You Shouldn't Watch

Just days after vowing to attack Washington D.C., ISIS released a video appearing to threaten New York. NYPD have issued a statement announcing that they are aware of the footage, and that there is no direct threat to the city. Meanwhile, the clip is quickly making its way around the Internet — likely viewed thousands of times by now. But while the temptation to hit play might be overpowering the second you see it pop up in your Twitter feed, you may want to think twice. Because here's a reminder: The video itself is propaganda, created by one of the most violent terrorist groups in the world. Does it really deserve one more pair of eyeballs on it? Do you really want to feed that beast?

Although New York remains on high alert since the Paris attacks on Nov. 13, Deputy NYPD Commissioner Stephen Davis issued a statement Wednesday aimed at calming the fears of New Yorkers:

While there is no current or specific threat to the City at this time, we will remain at a heightened state of vigilance and will continue to work with the FBI, the Joint Terrorism Task Force and the entire intelligence community to keep the City of New York safe. In addition, we are continuing to deploy additional Critical Response Command (CRC) teams throughout the City, out of an abundance of caution.

As for the footage itself, experts agree that simply viewing videos like the ones created by ISIS give extremists exactly what they want: attention. Such is the opinion of HuffPost Executive Religion Editor Rev. Paul Raushenbush, who joined HuffPost Live host Caroline Modarressy-Tehrani last year to discuss why he refuses to watch ISIS' violent videos. Said Raushenbush:

I have chosen not to give the perpetrators that pleasure because I think that’s part of it; they want this shock value, they want to affect me, they want to get to me and they want to make me fearful. So I’ve decided, for me, the best approach is actually not to think about the people who did this, particularly, at all.

Last year, similar sentiments made the rounds when ISIS released a video of a Jordanian pilot being burned alive and several media outlets chose not to air it. An anonymous opinion piece, later published by the Guardian, called for people to boycott watching all ISIS propaganda. Wrote the author:

I refused to look (I never do: it feels too much like giving ISIS the attention it craves). But that didn’t stop others trying to tell me in vivid detail what the video showed. Someone even said it was “Bond villain-like.” Isis, it seems, has created a whole new kind of murderous cinematic experience.

The latest ISIS video features clips from Francois Hollande's speeches after the Paris attacks late on Friday, and seems to depict a suicide bomber wearing an explosive in what looks like Times Square. Running approximately six minutes long, the footage has been called a prime example of "fear mongering."

On Wednesday, Mayor de Blasio also urged New Yorkers not to watch the video. "Stoking fear is the goal of terrorist organizations," said de Blasio. "But New York City will not be intimidated. The NYPD is the most capable police force in the country, with a robust counterterrorism operation that was just strengthened with an investment of 500 additional officers."

De Blasio's words remain clear: Living in fear is not an option; and in times like these, that's the one thing we can control.