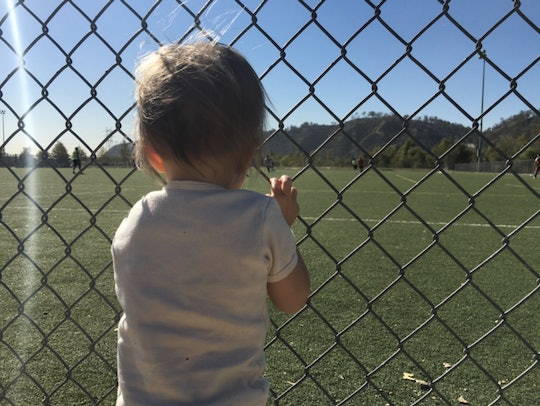 The L.A. School Bomb Threat Endangered The Most Important Thing Of All

I live in walking distance from an elementary school in Glassell Park, Los Angeles. I live close enough to the school that during recess, if my daughter and I are outside, we can hear the happy sounds and delighted screams of children playing. Many mornings, I walk by the school with my toddler. She watches the older kids playing from her stroller. This morning, as I was making breakfast, my daughter and I heard someone talking on the loudspeaker at the school. All Los Angeles Unified schools closed after a credible threat was made that threatened not only the safety and the lives of the individuals who work and teach at the school, but also the innocent, sweet children who learn there.

According to reports, a school board member received the threat electronically, though it is unclear at this time which individual received the call or which school the threat was aimed at. Though a House Intelligence Committee member said the L.A. threat was a hoax, a threat on schools threatens the most important thing of all: our children. Earlier today, while the threat was still credible, Ramon C. Cortines, superintendent of the Los Angeles Unified School District, told media that the threat “was not to one school, two schools, or three schools — it was many schools, not specifically identified.”

I am not taking the chance of bringing children any place, into any part of the building, until I know it is safe.

On most days, I imagine her on the other side of the fence independent of me in a few years, making friends, playing, growing up. Sometimes these thoughts make me happy for us. Other times, I imagine I'll miss her constant presence in my life and reliance on me. But today was different. Today the scene in my head filled me with fear.

Prior to the announcement, Christmas music played on my record player. I commented on the serious voice coming from the Glassell Park Elementary School loudspeaker to my daughter. It is not a normal sound to hear in the morning, so I assumed it was something related to special holiday events occurring around this time of year. But when my daughter was finished with breakfast, I looked at Twitter and realized the sounds going out over the loudspeaker were related to the imminent terror threats that had been reported against the Los Angeles United School District (LAUSD). I read this as my daughter lifted her shoes up to me so we could head out to the park.

If the answer to any of these things is our children, I have only one more question to ask: Why?

Watching her today — little hands, little feet, little laughs, and sweet, little smiles — I was struck by what a threat against our children endangers. We send them to school in the hope they will grow and learn; that their minds will blossom and their intelligence soar. A bomb threat risks all of that — and beyond everything else, it risks the innocence of our children; it risks our hope for a better future. As parents, we work feverishly to protect them from the horrors of the world. The L.A. bomb threat brought that horror home.

The school down the block from my house was evacuated this morning. And a week or so ago, there was a mass shooting in San Bernardino, CA at another government-run social services building. I have a hard time understanding when enough is enough. When will enough people be hurt or killed from weapons before there is some kind of legislation. What is the number? Who is in danger? Whose freedom will be compromised next? And if the answer to any of these things is our children, I have only one more question to ask: Why?

I am not an activist. For me, it is activity enough just to get through each day. On any given day, my world relates to my immediate situation: I feed my daughter; I make sure she eats; I change her diaper; I make sure she gets enough healthy sleep; I make sure she has the space and time to play; I try to manage our money so we can survive and occasionally have a little fun. I try to sleep myself. But when I think of my child and when I think of the parents who had to present their government-issued IDs to pick up their children from bomb-threatened schools this morning, I am seized by the need to act. Elementary schools should be secure places for our children and teachers.

Today, we head to the park, hand in hand, arm in arm. I hold my daughter tight, acutely aware of how wary I am about the future — the one we’ve created, and the one she’ll inherit. As she giggles and plays, I am left wondering what I can do to make things safer for her. What power do I have in my hands? How can I tell her to continue to be fearless? And brave? To continue to be full of hope?