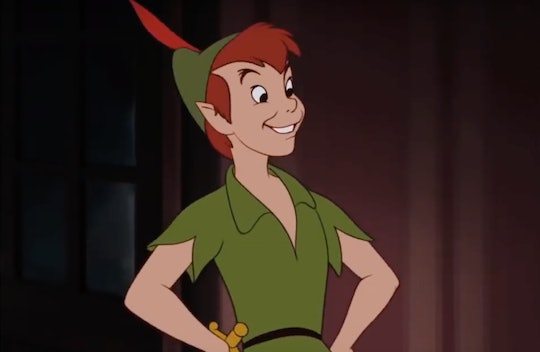 Finally, the women of the Peter Pan universe are getting the sequel they really deserve. The Lost Girls, a new movie about Peter Pan and four generations of Darling women, shows the trials and tribulations as characters such as Wendy, Tiger Lily, and Tinker Bell carry on with their lives post-Pan, and really paints Peter out to be a villain after all.

Based on Laurie Fox's 2003 book with the same name, The Lost Girls will follow the story of Peter Pan returning to find Wendy years after the original movie took place and discovering that he's angry she had "betrayed" him by, well, growing up, according to HelloGiggles. Given that he cannot have Wendy, Peter then convinces Jane, her daughter, to go to Neverland with him. Eventually, Jane grows up, too, and Peter comes back once more for her daughter, Margaret. In a cunning and almost villainous plot twist, J.M. Barrie's original story of Peter Pan described him continuing to come for Darling women so long as they are "gay and innocent and heartless." So, yeah. Wow.

Though pretty much any woman would agree that Peter Pan syndrome is no longer cute after age 12 and a failure-to-launch situation is certainly grounds for the protagonist to become the antagonist, The Lost Girls seems to really take the story to a whole new level.

As for who will be taking on these innovative and iconic roles, Ellen Burnstyn, Emma Thompson, Gaia Wise, and Livia De Paolis have all been cast in the upcoming movie, according to Deadline. Burnstyn will play Wendy's grandmother, while Thompson will play her mother, Jane, and Wise will play Wendy's daughter, Berry.

“Like her grandmother and her mother Jane, Wendy must escape Pan’s hold on her and the promises he desperately wants her to keep. As her daughter Berry comes into Peter’s orbit, Wendy must fight to save her relationship with her daughter, while reconciling her legacy," the official plot description explains, according to Vulture.

De Paolis, who adapted the script and will be directing as well as starring in the film, told Deadline that the film is somewhat of a long-coming legacy for her, sharing: "I have been fascinated with the hidden meanings of fairy tales since childhood, so when I read Laurie Fox’s novel The Lost Girls I was immediately on board with the way she reinvents J.M. Barrie’s timeless fairytale for a contemporary audience."

Executive producer Kirk D’Amico told ComicBook.com in a statement that it's as timely a story as ever: "We are delighted to be working with the producers and with writer/director Livia de Paolis who has a vision for this retelling of the Peter Pan story in the 'Me Too' era... The strong material has attracted an equally strong cast."

Though few other details about the film are available, seeing Peter Pan in the role of a young man haunting a bloodline of women and essentially trying to capture them and ensure they never grow up or leave his childlike fantasy is honestly pretty chilling and will certainly change the way most people will see the animated film.