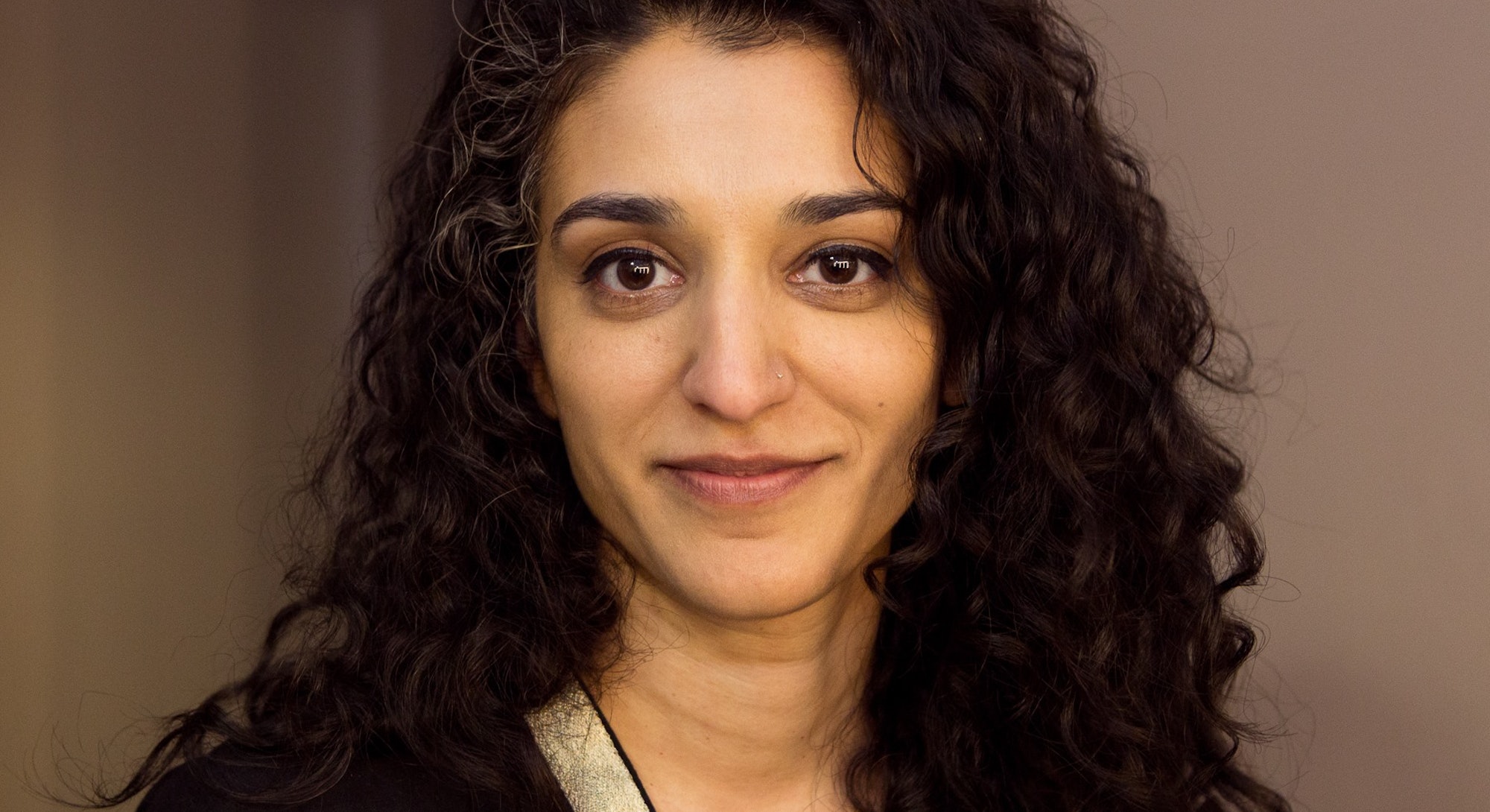 Making Better Humans, One Children's Book At A Time

We know that publishing has an issue when it comes to inclusivity in children’s books. When Namrata Tripathi began her career in the industry, she wasn’t necessarily headed to solve that problem, which is, in any case, as old as the written language. Working on mass-market fiction and media tie-ins marked the beginning of her career, but as she progressed she began to see a focus forming in her work. “I’ve always been drawn in by character and voice and follow any interesting one almost anywhere,” she tells Romper. And as the literary community has begun the important work of seeking out and promoting those who may have been denied a voice in the past, Tripathi, now a publisher herself, takes an inspiring view of the landscape with her new imprint, Kokila, an offering from Penguin Random House’s Young Readers division that is focused on “centering stories from the margins and making space for storytellers to explore the full range of their experiences.”

“If by diverse, we mean not white/cis/het/able, et cetera, then that’s something I’ve been working to build into my list more so over the last 10 or 12 years,” Tripathi says in an email conversation with Romper. Launched in May of this year, Kokila has already put out bestsellers like the picture book Hair Love, written by Matthew A. Cherry and illustrated by Vashti Harrison, and 2019 Newbery honoree The Night Diary, a middle-grade novel by Veera Hiranandani about the partition of India in 1947.

When I went to American schools, the default in the books was always white.

The list is so endearing, so delightful and moving, it’s tempting to wonder why we haven’t seen more of those stories in the past. It’s appealing to believe that the best stories and most talented storytellers simply rise to the top, as they do in the origin stories of some of our canonized writers. But it’s more complicated than that. Finding and publishing good stories takes work.

Tripathi attributes Kokila’s early success to “a combination of doing a better job of letting agents know what I really wanted (i.e., not essentializing ‘diverse’ stories), learning to better question my own assumptions, and finding better ways to advocate for the type of storytelling I wanted to bring into the world within the large companies where I worked.”

In other words, she has succeeded at bringing new authors, illustrators, and stories to our kids by creating a new funnel for talent without tokenizing them.

Born in the USSR, and growing up in Afghanistan, India, Canada, Pakistan, Germany, and Poland, Tripathi’s own childhood shows a patchwork of literary influences from Western authors to ancient Indian epics. She read the big British names such as Enid Blyton (“the problematic Enid Blyton,” she notes), and Roald Dahl (“who is also British but not widely read in India”), and then U.S. favorites Dr. Seuss, P.D. Eastman, and James Marshall.

It was only in adulthood that I first saw myself in books (for kids or adults).

“When I lived in Pakistan, I got my first introduction to S.E. Hinton [author of The Outsiders] and I read anything of hers I could get my hands on. I fell in love with the writing of Cynthia Voigt and Katherine Paterson during those years as well, and I remember being obsessed with Interstellar Pig.” She recalls her mother reading stories from the Ramayana — an ancient Sanskrit epic. By then, “I was definitely too old to be read to, and that’s probably why I especially loved it.”

“And like every South Asian kid, I read a lot of Archie comics and also Amar Chitra Katha.”

Her exposure to a range of authors and ideas and traditions outstripped the curriculum in her schools. “Throughout my childhood, I don't remember ever having conversations about representation. I had some exposure to multicultural stories because of how I grew up, but when I went to American schools, the default in the books was always white.”

So she navigated the gap herself. “Because I grew up in a culturally Indian home, I was able to develop a sense of my own reflection; it was in our food, music, language, textiles — in every part of the fabric of our life.”

That is, while a diversity of books co-existed on Tripathi’s bookshelf, “It was only in adulthood that I first saw myself in books (for kids or adults)," she says.

While the work that Kokila is doing may be unique in some ways, Tripathi — now a vice president at Penguin Random House — doesn’t necessarily see it as radical. “We endeavor to reflect the richness of the world we actually live in and I think acknowledging [that] realistically is in most ways not radical at all.”

However, the traditional skew of literature to the mostly white, mostly dead, mostly male canon stands in stark contrast to the places that publishing aims to go now. "I hope we can push towards that in the ways that we consider not just the books we make but how we create them,” says Tripathi. Her work may be revolutionary, but it isn’t a place where she stands alone.

Picture books are truly a primer on how to be human.

A variety of initiatives to highlight and promote diversity and inclusion in children’s literature has ramped up in the past few years. Mentorship programs and community-building organizations aim to foster new voices in the field. A pitch contest called #DVpit created by literary agent Beth Phelan aims to expose creators of marginalized backgrounds to publishing experts. Kokila has been an eager participant in the program, and an upcoming middle-grade novel called Stand Up, Yumi Chung! came out of the contest, with Kokila winning the rights to publish it at auction. While publishing may still have a long way to go to increase representation, there are clear steps being taken in the right direction.

As parents, many of us feel charged to shape our children to be the most empathetic, kindest citizens of the world as possible. My own training as a librarian has driven me to children’s books as the best way to teach my young son about respect, empathy, and love for the people around him.

“When you make books for young people you’re both making readers and shaping humans,” explains Tripathi. “Picture books are truly a primer on how to be human.”

Even without a sense of all the hands that played a part in making a book, there is something powerful that can take place. “We’re teaching readers about the power of humor and language, of building a strong relationship with your own mind in solitude, and of building a community with other readers,” says Tripathi.

I select books for my child not only because I love a sloth and there’s one on the cover, but because I know there are gaps in my own knowledge and understanding of the world that need to be covered as I raise him. Filling his hands and head with the words of people from all backgrounds is incredibly important to me as a white cis het parent with specific experiences, and Namrata Tripathi’s Kokila imprint is crafting these crucial narratives in a world that desperately needs them. “Ask someone about the 10 books that shaped them, and half will most certainly be children’s books,” she points out.

“They are a critical building block to making us into the people we become. What we owe kids is approaching the task with respect and care.”

Beyond inspiring empathy and shaping our children as human beings, Tripathi also hopes to connect with children who are looking for a mirror of their lived experience. “I hope we might reach readers in the way they individually need. For some this might mean being given an escape. For others it might mean seeing the joy of their lives affirmed on the page. For others it might deliver a laugh at a critical moment or an acknowledgment of sorrow so they feel less alone.”

Ask someone about the 10 books that shaped them, and half will most certainly be children’s books.

As she proudly oversees Kokila's publication of a variety of picture books through young-adult novels, Tripathi is excited about the direction the imprint is taking. “All of our authors and illustrators are so talented, I’m excited by pretty much anything they do!” she says. Just as a certain generation of kids grew up knowing and loving the penguins and puffins on the spines of their favorite books, Namrata Tripathi seems to have one overarching desire for the imprint.

“I would be so honored if one day readers come to love and trust our books so much that when they see our colophon on spines they’ll know that the library before them reflects the kind of world they want to build.”