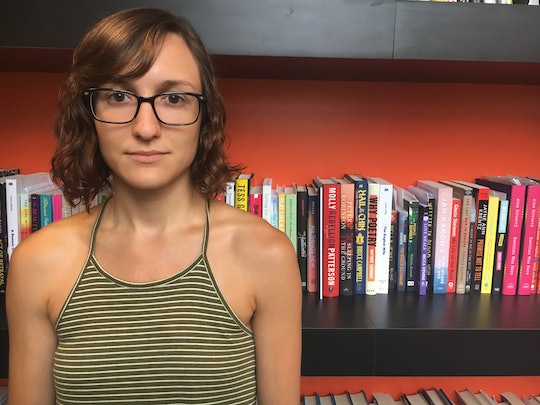 The Man Who Assaulted Me Put My Photo On His Dating Profile. Here's What I Did.

A few months ago, an old friend, Rebecca*, reached out to me and told me that someone was using a photo of me on his Tinder and OkCupid profiles. "Are you still talking to him?" I asked in the most nonchalant tone I could manage. She said she wasn't, and that the only reason she had swiped right on him in the first place was because he had a photo with me in it. She said she'd assumed that if he associated with me, he was probably cool. She added that within a few minutes of chatting with this guy, he had invited her over to watch Netflix, drink, and sit by a fire, and she found his "thirst" hilarious.

Rebecca didn't know this, but this person was my ex. Five years ago, he sexually assaulted me while he was drunk. I'd confronted him about it, and he never responded. I haven't heard from him since.

Since the assault, the idea of my ex being alone with other women has been festering in the back of my mind like some kind of unpaid debt. I have nightmares where I'm at parties trying to warn women not to be alone with him when he's drunk. Rebecca's experience was like my nightmares, only it was worse than I'd ever imagined. By featuring me in his photo, he was using me as a form of bait to gain women's trust.

There's an unspoken rule in online dating: if a guy has a number of photos of himself with other women on his online dating profiles, we think, "Well, if these women think he's safe and cool, then he must be." If he has multiple photos of himself with the same woman, we think, "Ah, so he is not only safe, but he has the ability to provide the emotional support necessary for someone to form a serious bond with him. He is trustworthy." The idea that my ex was using photos of me to gain that kind of trust from women — to disarm them, basically — left me with that same feeling I had the night of the assault: like I had no control, over my body or my likeness. He was essentially using my image to find and lure future victims.

When Rebecca talked to me, I felt like I had to take action, partially out of guilt and partially out of rage. So I contacted OkCupid and Tinder and told them my entire story — about the assault, about how I'd confronted him, about his use of the photo, and about the fact that a friend of mine had swiped right on him as the result of it. I asked them to remove the photo of me from his profiles. Both of the websites banned him immediately, explaining that they did not tolerate alleged sexual assailants using their platforms. Jane Reynolds, a senior editor at OkCupid, later described the site's policy to me:

The idea that my ex was using photos of me to gain that kind of trust from women — to disarm them, basically — left me with that same feeling I had the night of our assault: like I had no control, over my body or my likeness.

We want all OkCupid members to have a safe, enjoyable experience — that's why we closely monitor all activity, not only via human moderation but also through machine-learning technology that flags potentially harassing language. We ban members who have breached our terms & conditions and, most importantly, we put the power in our members' hands.

When I got the emails stating that he had been kicked off, I was mostly stunned. I had expected them to just delete the photo, or maybe attempt to talk to him. When they notified me that he had been banned from both platforms, I went into the bathroom to cry at work. I felt like I had succeeded, for the first time in years, at making people recognize what had happened to me.

But I felt something else, too. Despite the proof I had received from Rebecca of his manipulation, and despite the scars from my own experience, there was a small voice inside of me saying: "You're overreacting. He could have changed. What about his dating future?" As I thought about how he'd no longer be able to use those platforms to meet women, I felt guilty for what I had done, and I actually began to feel sorry for him.

Those lurking feelings of guilt only became worse when I told people about how he had been banned. They seemed to think I was being irrational. When I told my former therapist about it, she began asking me about my rapist's past. I said he had a difficult childhood, and he also struggled with severe mental health issues in adulthood. She then asked me more about his life — what was his relationship to his mother like? Did he have any other serious partners whom he loved deeply? Then she told me that maybe my ex kept this photo of us because I was the only one in his life who he felt had ever truly loved him. "You don't know who he is now," she said.

My therapist's comments made me feel sick. Was I taking this too far? Was I overreacting? Was he actually a good guy now, despite the way he came on to Rebecca? Am I just whining? Am I crazy?

Despite all the evidence I had that his behavior was unacceptable at best and predatory at worst, I was thinking of my actions in terms of how to minimize the impact on his life. And when I thought about it, that feeling was so, so familiar.

I backed myself into a corner with these questions. I started berating myself for getting him banned. Despite all the evidence I had that his behavior was unacceptable at best and predatory at worst, I was thinking of my actions in terms of how to minimize the impact on his life. And when I thought about it, that feeling was so, so familiar.

Our culture believes that the victims are the ones trying to "infringe" on the freedom of the rapist, either by getting them convicted, or by affecting their future by speaking openly about the rape. We are taught that we should empathize with rapists while blaming or questioning their victims. When Brock Turner was tried for sexually assaulting an unconscious woman behind a dumpster, for instance, his friends and family wrote letters about how a prison sentence would affect his future, and how it would affect his ability to go to college and get a job. The judge on the case apparently agreed with those sentiments. He gave Turner a lenient sentence of only six months, of which he only served three.

Time and again, universities and judges frequently dole out minimum sentences to men who are accused of sexual assault, if those men end up with any sentences at all. In our culture, we're told that just because a man has committed a sexual assault doesn't mean that his life should be "ruined," and that it is the role of women to protect them.

Short of taking my ex to court, I had done everything I could do to get him to admit culpability — informed him of the assault, requested an apology or a conversation about it, told him that I hoped he received affirmative verbal consent from all future partners. But he ignored me. For years, I kept silent about his actions, as is expected of survivors. After all those years of silence, I still feared that my request to these dating sites to simply not be featured on his dating profile might be asking too much. I felt I didn't have the right to ask him to remove me from even his digital life, even though seeing my face on his profile made me feel powerless, like my body was once again being used as a prop.

But I know that I didn't wrong my ex by getting him banned from OkCupid, because he wasn't just my ex, and I'm not just his ex-girlfriend. I'm the woman he assaulted in college, and I was taking a reasonable action against a predator. I limited the number of people the man who sexually assaulted me could meet and potentially hurt, the way he hurt me. And I finally understand that I should not feel guilty for that.

Asking dating websites to remove a photo of me from my assailant's profile didn't feel like a revolutionary act at the time. But when those websites ended up banning him, I felt like I had taken a powerful stand against what he did to me. In the face of a culture that tells survivors they forfeit the rights to their own narratives, I decided to take back my right to be heard; I decided to take back my right to my own body and my own likeness. For years, I kept quiet about what he did, even though I still have to grapple with the trauma. But now, his actions are finally having an impact on his life — not just mine.

When you sexually assault someone, there are effects and consequences. I've been facing those for the last five years. And now, he's finally going to get a taste of what that feels like.

*Names in this story have been changed.