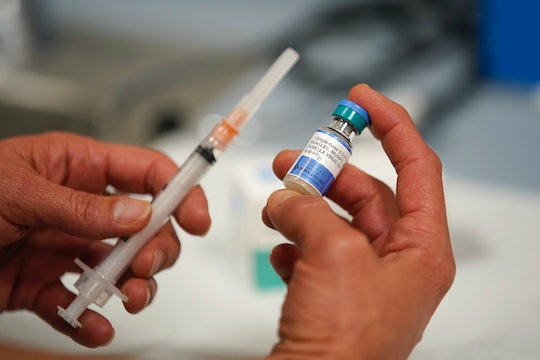 Why Parents Need To Be Very Concerned About The Measles Outbreak

Another Monday, another stark measles update. The Center for Disease Control and Prevention (CDC) has confirmed an additional 78 cases of measles since last week, according to its most recent update. Now, the measles outbreak is at an all-time high, reaching the highest number of reported cases since 1994, as reported by CNBC.

In its most recent update released today, the CDC has confirmed 704 new cases of measles this year as of Friday. This marks the highest number of reported cases in a single year in the United States since 1994 and the largest number of cases since measles were believed to be eliminated from the country in 2000.

In 2019 alone, cases have been reported in 22 states. According to the update, outbreaks (which the CDC defines as three or more cases) are currently ongoing in six states, including New York (Rockland County and New York City), Michigan, New Jersey, California, Georgia, and Maryland. In previous years, outbreaks in New York and New Jersey contributed to most of the cases.

According to a 2017 study published in the Journal of the American Medical Association (JAMA), the increase in measles cases in the United States is mostly caused by a decreasing number of Americans getting vaccinated. In fact, between 2001 and 2015, the CDC found that at least 70 percent of Americans who caught the measles were unvaccinated.

Now, the update of skyrocketing numbers comes as health experts, organizations, and politicians strongly urge Americans to get vaccinated.

“We know that unvaccinated individuals are more likely to become infected with and spread vaccine-preventable diseases,” Alice Winneke, President and CEO of The Immunization Partnership (TIP) said in a post by the organization.

Health and Human Services Secretary Alex Azar urged, according to The Hill, “The suffering we are seeing today is completely avoidable. Vaccines are safe because they are among the most studied medical products we have.”

Even the White House, which has been quiet on the subject until now, is now urging parents to vaccinate their children to prevent further spread of the disease.

The CDC suggests that children get two doses of the MMR vaccine, which protects against measles, mumps, and rubella. The first dose should be given between 12 and 15 months of age, followed by a second dose between 4 and 6 years of age. According to the MMR vaccine, two doses are about 97 percent effective in preventing the disease.

Amid the rising number of reported cases, it’s becoming increasingly important for parents to make sure that they and their children are protected against the measles.