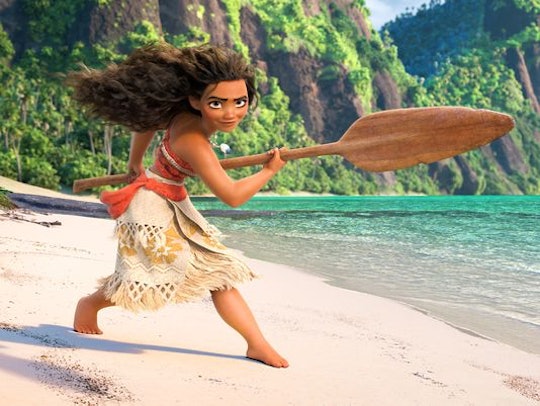 Disney is constantly one-upping itself when it comes to fun, visually stunning animated films that both kids and their parents can fully enjoy. The latest entry to the ever-growing Disney pantheon is Moana, a film about a young girl in ancient Oceania who joins forces with a demigod to save her people. Even before we'd seen a clip of the movie, we knew it would be good – the voice actors, empowering storyline, and ethnic diversity are all points in favor of Moana being one of the best movies of the year. But now, the Moana trailer is here, proving all our high expectations right.

The film's pedigree was top notch from the word "go." Moana is the latest film from veteran Disney directors Ron Clements and John Musker, who also directed Disney classics like The Great Mouse Detective, The Little Mermaid, Aladdin, Hercules, Treasure Planet and The Princess and the Frog. The movie, a musical comedy-adventure, features music co-written by none other than Lin-Manuel Miranda, creator of Hamilton and an all-around musical genius, alongside Opetaia Foa'i and Mark Mancina. Titular heroine Moana is voiced by newcomer Auli'i Cravalho, a 14-year-old high school freshman who won the role over hundreds of others who auditioned. Moana's hero/spunky sidekick/demigod Maui is voiced by Dwayne "The Rock" Johnson.

Johnson was the one to officially debut the first full-length trailer while appearing (remotely) on Good Morning America. He introduced the clip after performing a brief Polynesian dance live from Hawaii (where he is currently filming his next project, the Jumanji reboot), via satellite. The trailer is nothing short of amazing.

The almost two-and-a-half minute clip sets the scene for an action-packed movie. Moana, foretold by a legend, journeys across the anthropomorphic sea, with nothing but her chicken, her boat, and her shape-shifting demigod sidekick, in order to save her people from "great danger" coming. Maui and Moana (and the chicken, who seems to be more of an Abu than a Flounder) set sail on an epic adventure, complete with lava monsters, deceptively adorable Kakamora, and a trip down into a monster-filled underworld. All along the way the visuals are, unsurprisingly, stunning, and the accompanying music is fun and upbeat.

It makes sense that Johnson was the one to debut the trailer. He has been a huge proponent and supporter of the film ever since he signed on, using his gigantic social media presence to get fans hyped for the new movie. On September 12, Johnson even announced that he'd be kicking off "Moana Mondays," in which he, Disney, or another member of the cast would be sharing something related to the film, from now until the movie's release. This Monday, he shared a look at the film's official poster. 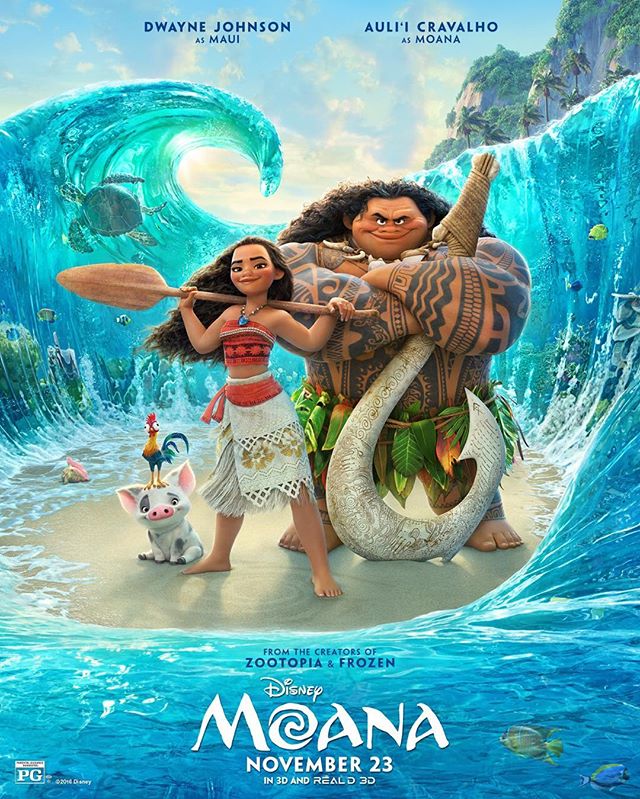 Moana is set to hit theaters on Nov. 23 – and from what we've seen and heard so far, it could very well be the next Frozen.