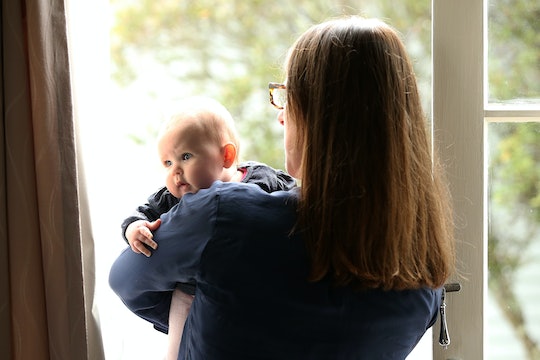 The 4 Most Common Arguments Against Maternity Leave, Debunked

The United States is the only industrialized nation in the world that doesn't offer paid maternity leave. But hey, there must be some good reason for that, right? Not quite. While there are plenty of common arguments against maternity leave, they tend not to hold up under closer scrutiny, making you wonder what exactly is keeping us from joining the rest of the world in offering a more compassionate approach to parents in the workplace.

After all, a large body of research has shown the positive effects of letting new parents take time off to be with their children. According to the experts, paid leave can lead to healthier kids, families, and even societies. A quick sampling of the benefits shows that better maternity leave policies have led to lower rates of postpartum depression in mothers, lower rates of infant mortality, and longer lengths of breastfeeding. Plus with helpful paid leave policies, fewer families have to rely on other types of public assistance to make their new situations work financially.

But sometimes, knowing the benefits of maternity leave isn't enough. You've also got to understand the arguments against paid leave, and see if they have merit. So let's do some debunking, shall we?

One of the most common arguments against maternity leave is that offering a substantial amount of paid time off is a heavy burden for companies. Why should they pay for workers who aren't actually working? But this focus on costs may be misguided. Turns out that giving women quality maternity leave may actually save companies money in the long-term.

See, when companies offer comprehensive maternity leave, fewer mothers tend to quit. When Google, for example, increased its paid maternity leave policy, the rate at which new mothers quit dropped by 50 percent, according to Quartz.

But when women keep quitting because businesses won't give them the time to recover and bond with their babies, businesses have to keep replacing them. And replacement costs can add up, fast. Between recruiting, interviewing, and training, the Center for American Progress found that the cost of an employee turnover could get as high as 20 percent of an employee's annual salary.

Some might argue that the Family and Medical Leave Act already provides people with job protection if they need to take time off to care for a baby. But the FMLA only applies to workers at companies that employ 50 or more workers, which excludes a large swath of the population. And this legislation only gives unpaid leave, meaning that many women can't even afford to take advantage of it.

Claim: Leave Should Be A State-By-State Decision

Then, there's the argument that these paid leave laws should be left up to private companies or individual states to decide. Well, California did pass a paid leave policy, and research conducted a few years after the policy had been put into effect showed generally positive results.

According to the legislation, businesses reported that their concerns about adverse effects had been unfounded, and that the leave policy either had a positive effect or no effect on productivity and morale. In fact, employees who took advantage of the leave, for their part, reported breastfeeding longer and bonding more with their children. So... why wouldn't you want to get in on that?

Claim: Women Should Stop Working When They Have Babies

On some far corners of the internet, people argue that paid maternity leave doesn't matter, because women should stay home with their babies anyway.

That one doesn't even dignify a response.

There is, however, one argument against maternity leave that actually does make sense — that limiting leave only to mothers instead of all parents just reinforces gender roles and workplace inequality. We shouldn't push for paid maternity leave when we could push for paid parental leave instead.

Because while the arguments against paid leave may be murky, the arguments in favor of it are crystal clear. So what are we waiting for?

More Like This
Dr. Jill Biden Just Delivered Some Frank, But Powerful, Advice On Motherhood
Reddit Applauds Mom Of Five Who Stood Her Ground & Left Sleeping Dad Behind
A New Survey Shows 74% Of Women Would Drain Their Savings On Maternity Leave
Sex And Mom Guilt: When I Date Someone New, Am I Cheating On My Kids?