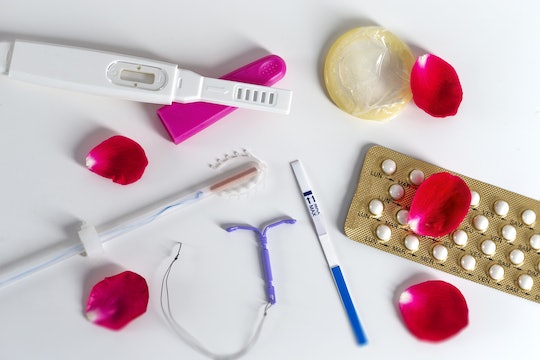 If you're a sexually active person, the importance of birth control cannot be understated. Whether it's a matter of protecting yourself from sexually transmitted infections or ensuring that you don't end up pregnant when you do not want to be, birth control is more popular than ever — and with good reason. However, according to new research, the most common type of birth control for American women in recent years may not be what you expect.

For those who are sexually active, it would seem initially that the most common forms of birth control used are condoms or the pill, as well as other types of hormone or copper-based treatments, like IUDs. However, according to CNN, the Centers for Disease Control and Prevention's National Center for Health Statistics found the most common contraceptive method reported was female sterilization, or tubal ligation.

This is interesting because female sterilization is, comparatively, the most invasive type of birth prevention, not to mention that it's irreversible. This is in contrast to male sterilization procedures like a vasectomy, which is both relatively noninvasive as well as reversible, according to Healthline.

This research seems to suggest that women are likely taking the steps to be permanently sterilized after they've passed their childbearing years.

There are other advantages to sterilization, such as that there is absolutely no risk of pregnancy, and as some experts say, it can be done after the delivery of a child.

"Sterilization has been a common form of contraception both due to its permanence and ability to have it done after delivery of a child when someone is already getting health care," Dr. Kristyn Brandi, an OBGYN and board member of Physicians for Reproductive Health, told CNN. "Many poor women may not have access to contraception outside of a childbirth (where emergency insurance is often obtainable) so may want something convenient and long lasting."

The second most common form of birth control the study found was the pill, though it was noted that use of the pill was actually down from 15.9 percent of women to 12.6 percent of women since 2011.

That could reflect the fact that, as INSIDER reported earlier this year, many women are swapping out their birth control pills for more reliable, long-term solutions, like IUDs, citing specifically that some women had concerns and/or issues with how artificial hormones affected their bodies.

Overall, the CDC's report found that from 2015 to last year, just over half of women in the United States were actively using some type of birth control, which is up just a few percentage points from stats shared for 2006 to 2010.

Regardless of what the stats say, each woman's choice of preventative care is a deeply personal decision, one that should be well researched and discussed with a physician. There are resources such as Planned Parenthood that can help women determine what would be the best course of action for them individually, and ultimately, that's what it comes down to: women finding what works for them, their partners, their families, and their long-term health and goals.

More Like This
Mom On TikTok Asks Daughters Why They Want To Be Boys & Same, Girls, Same
14 Recipes For Sick Kids When Everyone's Tired Of Canned Soup & Crackers
Why Your Vagina Smells Like Fish & What To Do About It
I Took Drinking Out Of My Bedtime Ritual & Unfortunately, It's Great
What Parents Are Talking About — Delivered Straight To Your Inbox