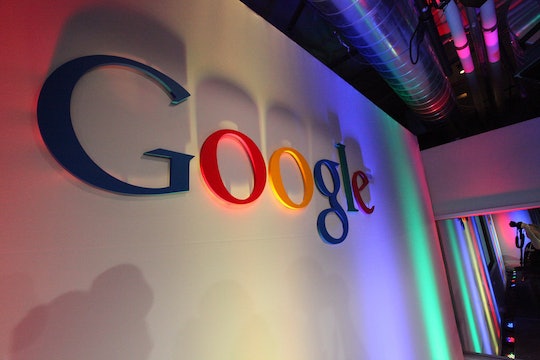 The end of 2015 is just around the corner — as shocking as that may be. It feels like the perfect time to reflect on the stories that made the biggest impact this year — not just the ones that made massive headlines, but the topics that really got people talking. Just as the year wrapped up, Googled released the most Googled words of 2015, and they say a lot about what Americans cared about in the last year. Among the list are a bunch of nerdy gamer words, Caitlyn Jenner, and the world's most well-known sniper, Chris Kyle.

Google searches say a lot about what people are thinking. Each year, Google compiles its data to determine which search terms had the highest and longest traffic spikes from the prior year. Of course, the biggest headlines and controversies would be expected to make the list, but that isn’t always the case. For example, it probably makes sense that the biggest movies of the year made the top ten (people use Google to find out when a movie is opening or when tickets go on sale). But it might be surprising to hear that, even with wall-to-wall media coverage of the presidential primary season, not a single political search term made it to the top of the heap.

Overall, Google’s top searches revealed that people were curious about music, movies, and, of course, sports.

Here are the top Google searches for 2015, and they say a lot about how gamer nerds really do rule the internet and how much people care about basketball:

The biopic based on the rise of iconic hip hop group N.W.A was released this summer. But the rap drama did more than simply recount the story of NWA it also tackled some of the biggest social justice issues of the year: police brutality and inner city violence. The film earned more than five times its modest $28 million budget at the box office, making it the most successful music biography film in history.

Nerd alert: In November, the fourth game in the popular Fallout series was released on XBOX and Playstation. No doubt all those Google searches were from excited fans: gamers spent more than $750 million on the post-apocalyptic role playing game within the first day of release.

Chris Kyle was a Navy Seal who killed more than 160 people over four tours of duty in Iraq. In 2012, his memoir American Sniper became a bestseller and was later turned into an Oscar-nominated movie by Clint Eastwood. Kyle died in 2013, and the fact that his name is a search term shows that people were intrigued by his story, which ask questions about mental health and the impacts of combat-intensive military tours.

In short, some of this year's Google terms make it clear just how many computer nerds there are in the world. Agar.io, an online multiplayer game, was released in the spring of 2015. The insanely addicting game, which involves using your blob to eat or absorb other players' blobs (that's not a joking description), quickly became one of the most popular internet games of the year.

In January and November, the French capital was the site of two terror attacks. The attack in November, which was coordinated at five different locations in the city, left 130 people dead and alerted the world to the threat of ISIS. Further, the attacks began conversations across the U.S. and Europe about whether countries should continue accepting refugees from Syria, who are fleeing war and terrorism.

Ultimate Fighting Championship champion Ronda Rousey was undefeated until this year until November, when Rousey was surprisingly defeated by underdog Holly Holm.

In June, the world met Caitlyn Jenner and the complexities of trans issues. From the moment Jenner unveiled her Vanity Fair cover and interview, she instantly became one of the most talked-about public figures in the country. When she joined Twitter, Jenner amassed more than a million followers in just four hours — more than President Barack Obama did in that time when he joined Twitter. She's drawing attention to trans suicide and violence against trans people, and she was even among the runners-up for TIME's Person of the Year.

In January, Clint Eastwood’s military biopic starring Bradley Cooper went into wide release. The movie’s complex story based on the memoir of U.S. Navy Seal and Iraq war veteran Chris Kyle generated controversy — and plenty of Google traffic — in the first months of the year.

Released in June, the fourth installment in the Jurassic Park series was the biggest movie in 2015 (before this week’s Star Wars premiere, at least), grossing $208.8 million during its opening weekend. But, again, that's before the epic amazingness of Star Wars hits theaters Friday.

Finally, the biggest spike in traffic came in the fall of 2015, as people rushed to the search engine with concerns over former NBA star Lamar Odom. Odom was found unconscious in a Nevada brothel in October and was brought to a Las Vegas hospital for treatment, according to Entertainment Online. Odom is currently undergoing therapy at Cedars-Sinai Medical Center in Los Angeles. And, when I googled “Lamar Odom update” for this story, I found a report that Odom is visited almost daily by his wife, Khloe Kardashian.

The fact that Odom's name was the most-searched term makes it clear that people really care about their basketball teams.