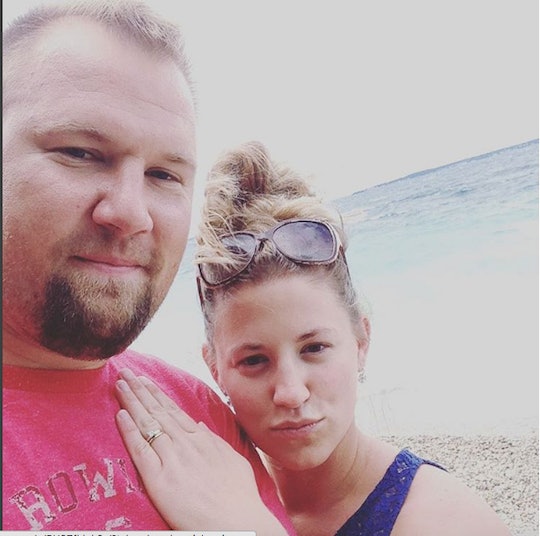 More often than not, the role of mother-in-laws get a bad reputation for meddling or dishing out completely unhelpful parenting advice. Like in the movie Monster In Law, mother-in-laws are often painted as women who secretly despise their daughter-in-laws. But my mother-in-law is pretty much the exactly opposite of those outdated stereotypes. And when it came to parenting, my mother-in-law actually gave me some of the best advice I've ever heard on raising children together with my husband, and to this day, it's still some of the best advice that has always, always stuck with me.

There may be some things that my mother-in-law and I disagree on (although now that I think about, there really isn't a lot), but the point is, when it comes to parenting, the woman knows what she's doing. She raised four kids as a farmer's wife, which meant logging lots of solo hours while her partner was off at work. She's the kind who always has a hot meal waiting for you and a pan of freshly-baked cookies. In fact, our beloved chocolate chip recipe comes straight from her kitchen. Oh, and on top of all of that, she started a business and worked two jobs. She's a total inspiration. And sometime during my first year of parenting, when I was slammed with my own version of solo parenting with my husband working, finishing college, and coaching football while I worked two jobs to keep us afloat, she caught me complaining to her one day. I was going on about I can't even remember what it, but she stopped me pretty much mid-sentence when I started to rant about how guilty I felt.

I could feel guilty for ignoring my kids, for wasting warm weather working when we should have been swimming, or for letting my house get so messy, or I could lose the guilt and feel proud of myself.

Now it might sound like simple advice, but for some reason, it really left a lasting impact on me. It was like I somehow realized in that one single moment that because I was at the beginning of my motherhood journey, I still had a chance to choose. It was like looking down the two paths of motherhood: one road littered with guilt, second-guessing myself, and never truly being happy, and another wrought with mistakes and probably some regret, but a road without guilt because I knew, no matter what, I'd always be doing my best.

And armed with her advice — such simple, straightforward, clear advice — I decided to travel the road with as little guilt as possible. To this day, I've never forgotten her advice and I use it as a mantra every single day, because really, when has guilt ever really helped anyone be a better parent?

I'm not saying that it's easy to be a mom without guilt, because it's not. I have plenty to feel guilty about. Like writing this very article, for instance. It's currently 7:02 p.m., I've been working for four hours straight on a beautiful summer day while my kids play/destroy my house, and I have precisely zero idea what we'll be having for dinner. So I could feel guilty for ignoring my kids, for wasting warm weather working when we should have been swimming, or for letting my house get so messy, or I could lose the guilt and feel proud of myself for successfully combining work and family, and for knowing that we'll have plenty of time left after dinner to play.

They had way more fun playing with each other than they would have with me. And you know what? I'm OK with that.

The point is, as parent, we get to choose. And looking back, I'm so thankful that my mother-in-law told me that. We'll never, ever be perfect parents and we'll never, ever make it through the end of our parenting journeys without some kind of regret and a whole host of mistakes. But we can either make it through with guilt or we can do our best and lose the guilt. As a veteran in the mothering game, my mother-in-law knew enough to "warn" me early on that beating myself up over every little thing and constantly feeling guilty for doing what I needed to do in order to stay afloat wasn't worth it. Losing the guilt helps me remember that parenting, despite being hard, is also meant to be happy and that my kids aren't necessarily being short-changed as much as I think they are. Like today, for example. I might've worried that working toward my own goals was somehow hurting their development, but let's be honest: They had way more fun playing with each other than they would have with me. And you know what? I'm OK with that.

I think every parent feels guilt at one point or another (I know I have), but I've also learned that it's up to us, as parents and especially as mothers, to decide whether or not we're going to give into that guilt or if we're going to move past it. I don't know what I would've done had my mother-in-law not given me that advice when she did. Sure, I would've likely figured it out on my own terms, but I don't doubt it would've been twice as hard.

More Like This
Stepmom Quotes & Sayings For Every Occasion
10 Ways ‘Workin' Moms’ Is Basically A Crash Course In Parenting
17 Best Potty Training Products For Toddlers
From Captions To Gifts, These Are All The Kindergarten Graduation Ideas You Need