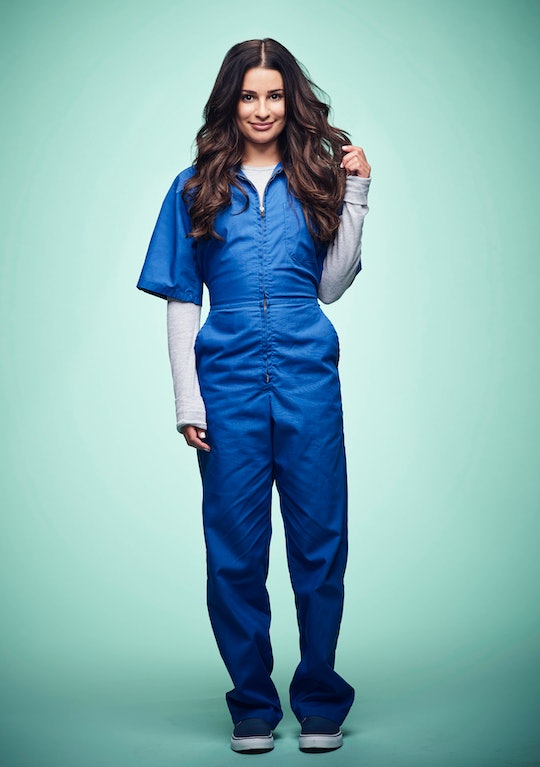 As Season 2 of Scream Queens progresses, it's not becoming any clearer just who the killer (or killers) might be. The identity of the Red Devil felt obvious, particularly in retrospect, though there were some curveballs thrown throughout Season 1 that kept the audience guessing. When it comes to the Green Meanie, however, there is no standout choice, aside from some characters the audience barely knows from a flashback that ultimately didn't reveal very much. But because Scream Queens is known for its twisty narrative and farcical plots, the most outrageous Scream Queens theories on Reddit that might actually have a chance of being the most accurate ones in the end.

There are a few things that may factor into the identity of the Green Meanie. All the trouble started at the hospital decades ago when a careless doctor and nurse disposed of a dying man in a swamp, leaving behind his pregnant wife. Slaughter followed, but the killer was never unmasked. Now the attacks are happening again, but instead of the staff bearing the brunt of the violence, it's the innocent patients who have shown up at the C.U.R.E. Institute looking for an answer to their problems. The change in victims must indicate something, but it's hard to say what. Who could the Green Meanie be? What are their motives? What other weird connections are there that we don't know about yet? Fans have come up with some interesting theories...

Zayday Is The Killer

Denise Hemphill would be thrilled to see this one come true. Zayday has had Final Girl written all over her from the beginning as one of the few characters on the show with good intentions and the smarts to navigate sticky situations. That would make Zayday being the killer all the more shocking. As joearya on Reddit pointed out, she's the one deflecting blame and making accusations more than any other character. She would need to have a partner in crime to pull it off, but her motivation is also unclear outside of just trying to mess with the Chanels. Zayday spent all of Season 1 trying to discover the killer, so it's more likely that she's just playing Nancy Drew again now.

Multiple Killers, But Not Multiple Meanies

This is actually one of the more realistic theories. Reddit user harleyquillback speculates that the Green Meanie didn't kill Chad; it could have been Dr. Holt using the Green Meanie attacks as a cover. A similar thing happened in Season 1 when Dean Munsch killed her husband, but got away with it by framing Feather as the Red Devil. (Also, whatever happened to Feather?)

Hester Planned To Get Locked Up

Hester is definitely unhinged, but she never seemed stupid before Season 2. Though she's the one supplying the major clues about the current killer, she also got herself locked up thanks to a really dumb mistake: confessing on camera because she thought the Chanels' conviction meant she couldn't be jailed. It's the kind of rookie mistake a girl who jabbed herself in the eye with a stiletto wouldn't make. But what if she did it on purpose? Roseycan on Reddit suggested that Hester wanted the Chanels dead, but knew they were safe in the asylum. She got locked up so they could be freed, and eventually she could take them out herself, which she's doing now, starting with her attack on Chanel #5.

Esrun Was A Big Clue

Hester's big Esrun cream clue ended up amounting to very little new information, but what if there was more to it than there seemed? Reddit user drflanigan put forth the theory that the nurse who invented Esrun actually uses the green slime from the swamp, which has preservation qualities, to make the cream. Maybe the swamp slime works best when fresh corpses are dropped into it, so Nurse Lynn is just keeping his business going with the Green Meanie murders.

Grace has been M.I.A. in Season 2, to the relief of many, but what if she isn't as gone as she seems? One popular theory is that Grace is actually the killer, and she's taking revenge on the Chanels for everything they did to her. Hester is her biological sister, so that could explain why Hester knows so much about the killings; Grace is confiding in her, or perhaps even being manipulated by her to kill. Reddit user Uber-A theorized that Grace wasn't acting alone, either, and her accomplices could be Nurse Hoffel and Melanie Dorkus.

Remember Melanie Dorkus? She actually has motive for going after the Chanels and the patients: her incurable physical scarring was Chanel's fault, and she may be lashing out at others with similar conditions because of anger at her own fate. As for Nurse Hoffel, she might just be the pregnant wife from that flashback, bent on revenge against the hospital.

When trying to figure out Scream Queens, the more complicated, unusual, and unexpected the theory, the better. Anything can happen on a show like this and I can't wait to see how it all unfolds.