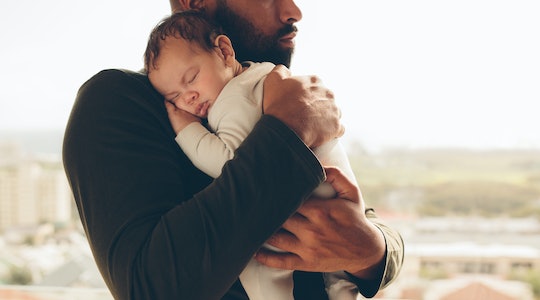 The Most Popular Baby Name Of All Time Is Actually Sort Of... Unexpected

Trends in baby names are constantly evolving, and it doesn't usually seem to take long before names that were huge one minute start to feel outdated. It's no surprise then, that lists of the most popular baby names can vary pretty widely by decade — while my '80s baby self had multiple classmates named Jennifer, there are literally none in my kids' class — but while a number of baby names have enjoyed time in the trendy baby name spotlight, the most popular baby name of all time is actually pretty surprising. According to data from biotechnologist and blogger David Taylor, Linda is actually the trendiest name in United States baby-naming history, and, uh, I honestly did not see that one coming.

Although you might not hear of many newborns named Linda these days, Taylor's research found that in 1947, Linda suddenly became massively popular, when approximately 5.5 percent of baby girls had the name, according to BuzzFeed. It's popularity may have been short-lived — according to data from the United States Social Security Administration, it hasn't cracked the top 10 since the '60s — but no other name has seen such a surge in popularity in such a short time.

What might be just as surprising as finding that Linda is at the top of the trendy-name pack though, is just how many other currently unpopular names have also experienced similar short-lived success. In 2013, statistician and Flowing Data blogger Nathan Yau used social security data to analyze which baby names had the quickest rises and falls throughout United States history, and this time, the results were even more surprising. Yau's method (which differs from Taylor's in that it didn't also take into account a name's overall popularity) found that the top three trendiest girl names were actually Catina, Deneen, and Aaliyah.

That's not to say though, that many of the names we may traditionally consider "trendy" didn't make the list: in a post on his blog, Prooffreader Plus, Taylor compiled a list of the 100 trendiest names according to his calculation, and some of them were definitely predictable. Brittany, for example, rang in as the second-trendiest name for girls, with other usual suspects — Ashley, Jennifer, Lisa, Jessica — landing in the top 10. And a number of those names also have the distinction of being both trendy and popular: according to the social security database, Jennifer, Linda, and Jessica are the third, fifth, and eighth most popular names overall for girls in the United States over the last 100 years.

Missing from all these lists, of course, are many of the names that have become popular baby name staples for millennial parents. The top five names for babies born in the United States since 2010, according to social security data? Emma, Sophia, Olivia, Isabella, and Ava, for girls; and Jacob, Noah, Mason, William, and Liam, for boys. In 2017 specifically, the top five girls names remained the same, according to BabyCenter (though the order shifted, with Sophia taking the top spot), while Jackson topped the list for boys, and Aidan and Lucas pushed Mason and William out of the top five.

Yet the real trend these days may be to be that popular baby names are becoming less desirable. According to Nameberry, millennial parents are opting for names that once barely made the radar, like Adalynn, Juniper, Royalty, and Leighton for girls; and Jayceon, Hendrix, King, and Lennon for boys.

In other words, it's probably unlikely that we'll see a resurgence of baby girls named Linda anytime soon — although it's not entirely unreasonable to think that one day it might come back in fashion as an "old-fashioned" baby name, the way names like Clara, Charlie, Alice, and Henry have. Until then, though, Linda will at least still be the one all other trendy names will have to beat.