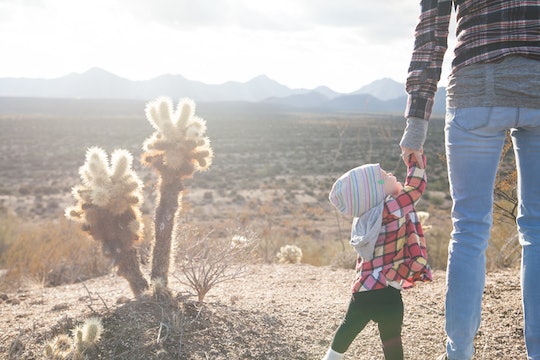 The Most Popular Baby Names Of 2015 Are Surprisingly Normal

Picking out a baby name can be tough. Expectant mothers have perhaps one of the toughest jobs in the world — picking out the perfect name for their new baby. You want to pick something unique, but not something they'll be made fun of on the play ground for. A name that is traditional, but not something that everyone has. And with celebrities having babies left and right with very unique names, it comes as a surprise to me that the most popular baby names of 2015 are surprisingly normal.

On Friday the Social Security Administration released their Top Baby Names from the previous year and the results are pretty normal. The top 10 has shifted less than it has ever have before, with the top three girls names and the top six boys names remaining in the same places as they were from 2014.

"The names that are popular now are influenced by pop culture, video games, movies, celebrities, along with religion and family," said Social Security Commissioner Carolyn Colvin.

So what were the most popular baby names of 2015? For girls, it is Emma and for the boys, it is Noah. Both traditional and nice names for children.

There more to popular baby names than meets the eye. According to The Wall Street Journal, states within a region group together culturally, based on the selection of baby names. When it comes to names, Southern states tend to group together as do more liberal states like New York and California. So while I was one of three Caseys in my graduating class in high school when I lived in North Carolina, I was the only Casey in the whole fifth grade when I lived in California.

Baby names are also influenced a lot by movies or TV shows. According to The Daily Mail, classic names are making a comeback due to the influence of period shows like Downton Abbey. And while trendy baby names may come and go, traditional baby names stand the test of time.

While there might be a lot of pressure for new moms to choose the perfect name for their child, you can safe sleep knowing that traditional names are still perfectly common and names with unique spelling are on the rise. Whatever name you pick for your baby, however, is probably the best name there is.