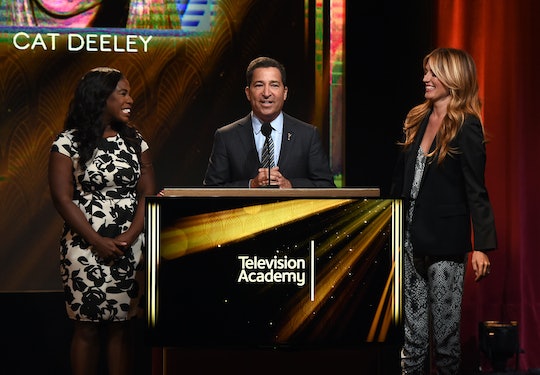 Every year, TV fans and critics try to predict how the Emmy nominations will turn out. Will Game of Thrones and Modern Family sweep the nominations again? Will UnReal actually get some nods? Could the CW finally get an Emmy nomination under their belt? With so many variable and possible contenders for each category, the most surprising 2016 Emmy nominations were bound to leave some of us shocked by who got nominated and who got snubbed. Fans were going to take to Twitter calling for justice while others rejoiced in their favorite shows' victory. It's the way of the (entertainment, at least) world.

Well now it's that time of year again. The Emmy nominations are finally here and it was filled with so many twists and turns it almost felt like we were watching an episode of House of Cards. There were many shows that were snubbed and other shows that seemed to come out of nowhere with their nominations. Although everyone made their own predictions about what would happen at the nominations ceremony this year, there were still some Emmy nominations that took fans and critics by surprise. This year was full of some shockers and heartbreaking snubs that already have fans rallying. Did you expect any of these surprises? Check out some of the most jaw dropping nods and snubs below.

This year Ellie Kemper won her first (and much deserved) Emmy nomination for her role as Kimmy in Unbreakable Kimmy Schmidt. Fans are over the moon that Ellie has finally got an Emmy nod and are already rooting for her to win.

Modern Family Gets A Lot Of Nominations (Again!)

It seem every single year Modern Family it's nominated, and just for one category. For all of them. This year wasn't that different. Modern Family received the nomination for Outstanding Comedy Series and Ty Burrell was nominated for Oustanding Supporting Actor. Although it wasn't as many nods as it received in the past viewers were still surprised the show was nominated at all.

Matthew Rhys Receives A Nomination For The Americans

Matthew Rhys killed it in The Americans and although this nomination is definitely deserved fans were surprised he actually got it. Expecting the snub it was a very happy surprise to see Rhys get the recognition he deserves.

It looks like this year is Laurie Metcalf's year. She got not one, not two, but THREE Emmy nominations. Nominated for her roles in The Big Bang Theory, Horace and Pete, and Getting On, Metcalf is set to walk away with at least one Emmy in hand. Congrats Laurie!

Crazy Ex-Girlfriend (Actually!) Gets A Nomination

Before everyone freaks out, I only say "actually" because this has gone unnoticed by most people. Although Rachel Bloom and Crazy Ex-Girlfriend definitely got snubbed this year (as most CW shows do) they did actually receive one nomination. One of the catchy songs on the show, "Settle for Me," was nominated for Outstanding Original Music and Lyrics, which was written by Rachel Bloom, Adam Schlesinger, and Jack Dolgen. It's not the nod we all hoped for but at least it's something.