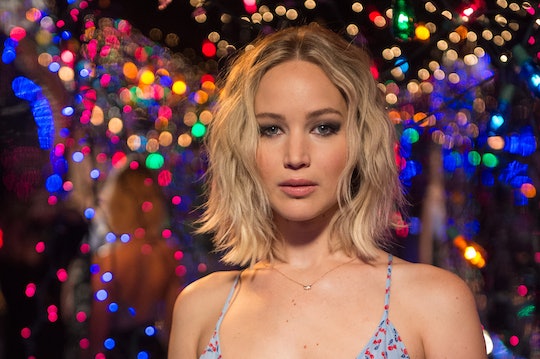 The 'Mother!' Teaser Trailer Will Have You Screaming For Your Mom

Mother! is the newest offering from director Darren Aronofsky, though much of the film remains a mystery. It's Aronofsky's followup to 2014's Noah, and it seems to be about as far from the big budget Bible movie as it's possible to be. The only thing they have in common is a cast comprised of A-list actors – Mother! boasts Jennifer Lawrence, Javier Bardem, Ed Harris, Michelle Pfeiffer. Instead, the newly released Mother! teaser trailer seems to harken back to Aronofsky's creepy hit Black Swan: there are shades of the same uncomfortable and unsettling ambiance.

Mother! will premiere at the Venice Film Festival before arriving in theaters on September 15. A summary of the plot reveals very little, reading like any number of home invasion horror movies. Mother! tells the story of a couple whose relationship is tested when uninvited guests suddenly appear at their home, disrupting their tranquil lives. It's a pretty classic start to a scary movie, but the teaser reveals even less when it comes to the details.

Most of its thirty-second runtime is taken up by Lawrence walking through a house in a white dress while overlaid dialogue lays out the premise: Harris and Pfeiffer arrive unexpectedly, Lawrence is terribly confused, and hysteria apparently ensues. A brief montage right at the end shows how wild things seem to get in Mother!: fire, insects, sex, screaming. Exclamation points at the end of titles.

The teaser for Mother! opens up more questions than it answers. Does Javier Bardem, who presumably plays Lawrence's partner, know something about the people who have infiltrated their home? While Bardem sounds amused early on in the teaser's dialogue, things get increasingly ominous when he announces that the mystery guests who are so upsetting Lawrence have come there to see him. Could they want revenge of some kind? The only person who seems as in the dark as audience is Lawrence herself.

The poster for the film is similarly intriguing: a painting that shows Lawrence standing amongst exotic flowers while she offers up her own bleeding heart with a calm, mild expression on her face. It obviously speaks to some deeper metaphor of the film, but it's anyone's guess just what that could be. In an interview in Reykjavik, Aronofsky spoke about the film's "political intentions" without specifying what those intentions were, and added that his main responsibility was "making something that is emotional and can connect with an audience."

Even if so much of the film is still unclear, all signs point towards Mother! being a fraught and potentially fascinating experience.