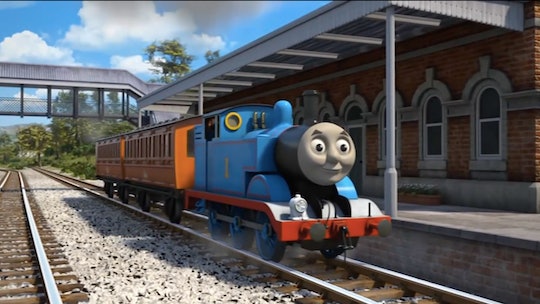 Bringing classic favorites into modern times often comes with a bit of tweaking. To appeal to a diverse audience, it is wise to leave out implicit prejudice and aim to be inclusive. And the new characters on Thomas & Friends help the popular show do just that. Following the advice of the United Nations, the show will include two new female train characters, one of whom is African — making the gender balance much more equal than past storylines that featured only one female. These changes are an attempt by Mattel to globalize the Thomas films and TV shows.

In an exciting new movie set to premiere in summer of 2018, Thomas & Friends: Big World! Big Adventures!, Thomas will be heading to Brazil and the United States. Joining him will be Rebecca and Nia, the two newest members of the group who will take the place of previous characters Henry and Edward, as the Associated Press reported. Following the movie will be a TV series of the same name, produced by Canadian studio Jam Filled.

Christopher Keenan, senior vice president, and content and executive producer at Mattel Creations explained to Variety that the new characters are a strategic move:

The original stories were told at a particular time and in a particular context. The world has changed so dramatically, and what parents want to instill in their children has evolved; being a global citizen is very much on parents’ minds. They see their kids as the global citizens of the future, which wasn’t the agenda 70 years ago.

Despite this kind of forward thinking, many on Twitter are somehow outraged by the inclusion, complaining that the company is "going too far" and generally losing their minds over the idea of girl trains.

Yup, prepare for lots of all-caps keyboard screaming below, folks.

Not every single tweet was negative though. There were a select few out there who saw how beneficial the new characters can be for young girls watching the show and looking for representation in it.

Along with looking to be more inclusive, the TV show will have a slightly different storytelling technique than past shows. According to Variety, there will be a shorter anchor story told at a faster pace, as well as other elements such as songs, life lessons, and music videos. Thomas will also break the "fourth wall" of film and speak directly to the audience. Keenan explained that all of this is meant to amp up engagement, according to Variety:

There are elements to this we hope will keep kids engaged for longer because we are increasing the pacing, adding a lot more humor, and more adventures and action.

According to Newsday, Mattel is fighting challenges such as Thomas's outdated image, competition with more engaging preschool shows, and a drop in toy sales. In order to avoid making the situation worse, the company consulted with parents, fans, and even the U.N. in this two-year endeavor. Kate Schlomann, a vice president of branding at Mattel told the outlet, "It's such a huge shift. We want to make sure we're here another 70 years."

There are also concerns about tapping into foreign markets. Variety reported that a large amount of toy spending comes from outside markets, leading Mattel to capitalize on international appeal. One example of this is Yong Bao, a Chinese engine, which was first seen in the “Thomas & Friends: The Great Race” film. Yong Bao will appear in the Chinese-themed episode of the series, as will other international engines as Thomas treks around the globe.

One of the added main characters, Nia, is first introduced in the film when Thomas meets her in Africa then invites her back to his home island of Sodor. According to the Daily Mail, Mattel worked closely with the U.N. to develop her character and incorporate five of the U.N.'s Sustainable Development Goals into the movie and TV show.

Tolulope Lewis Tamoka, program specialist, Africa, at U.N. Women, told Variety that this is a huge step forward for the franchise:

This is the first time we have such an innovative and creative approach to bringing together Sustainable Development Goals and issues of gender equality and women’s empowerment to life with an audience of 3-year-olds and their families.

She also explained how she worked with Mattel on Nia's design and the portrayal of the African continent for the film:

I wanted to show a modern image of Africa. Of course Africa has safaris and lots of animals, but there are also development happening and infrastructure and commerce.

Considering that Thomas & Friends is dubbed into 33 languages and broadcast in more than 100 territories, it seems only logical that it would be inclusive of those audiences. The little blue tank engine's personal motto of "I think I can" isn't restricted to just American little boys anymore. As future generations take on issues laid out by the U.N. such as poverty, hunger, illiteracy, and disease, it is good to know that they have friends like Thomas and Nia helping them to find solutions. For what it's worth, I think they can.