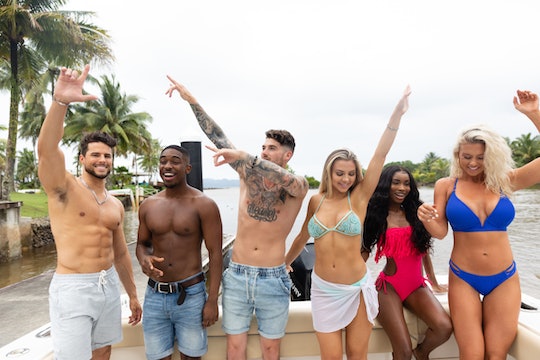 It's new week on Love Island, so it's time for some new faces. Hopefully Yamen and Caro can bounce back quickly because the new Love Island singles are ready for love — and the drama that their entrance will cause in the villa. First, here is a recap of what the brave newbies are walking into.

Caro and Yamen are newly single after surviving a house vote that saw their other halves, Cormac and Christen, get voted out by everyone in a house vote. Yamen understandably tells the friends that saved him that Christen leaving is "not lit" because "I finally felt that connection here and out of nowhere [she's gone]," ET reported in a recap.

Also newly single are Kyra and Cashel. Before fans see new singles arrive in the villa, Kyra tells Cashel that after thinking about it she doesn't know if they "100 percent click in all the ways." Why should she settle?

Exploring is the name of the Love Island game. There are new singles in town, so both Kyra and Cashel have might find "the one" in someone else. Let me introduce you to the potential love interests. There are three guys and three girls, which means only one thing: drama.