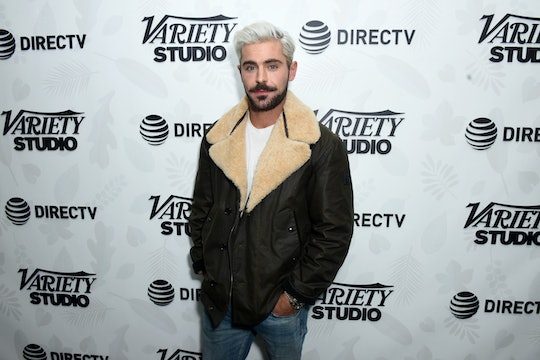 Scooby-Doo and the gang are coming back for a brand new adventure. The new Scooby-Doo movie, Scoob, will reportedly feature a star-studded cast, which is all the reason you need to run to the theater with your kids and check it out. According to a report from Deadline, the film has reportedly found its Fred and Daphne, joining the rest of the reported cast members.

Per the outlet's reporting, Zac Efron has signed on to voice Fred Jones in Scoob, while Amanda Seyfried will serve as the voice of Daphne Blake. Will Forte, Gina Rodriguez, Tracy Morgan, and Frank Welker have already signed on to voice Norville "Shaggy" Rogers, Velma Dinkley, Captain Caveman, and Scooby-Doo respectively, according to Deadline. Welker voiced Scooby-Doo on the TV series from 1969-1970.

CBS News noted that Hanna-Barbera first introduced the cast of characters in 1969's animated show, Scooby-Doo: Where Are You? on CBS. The upcoming film, Scoob, marks the first related film since 2004's live-action take, Scooby-Doo 2: Monsters Unleashed. According to CBS, that film was the sequel to a 2002 movie called Scooby-Doo.

Little has been revealed about Scoob at this time, but according to CBS News the movie will incorporate other characters from the Hanna-Barbera universe. That wide-reaching network includes The Flintsones, The Jetsons and The Smurfs. Per CBS' reporting, Scooby-Doo and the gang will team up with these other characters to save the world from Dick Dastardly. The villain may sound familiar to longtime fans, as he first appeared in the Scooby-Doo animated series in 1968. It's not yet known who will voice the other characters in the animated film.

Deadline also obtained details about Scoob. The film will be animated and will be directed by Tony Cervone. Chris Columbus, Pam Coats, and Allison Abbate will serve as producers, while Charles Roven, Richard Suckle, Dan Povenmire, and Adam Sztykiel have signed on as executive producers.

Scoob was first announced in 2015, and was originally supposed to come out in September 2018, CBS News noted. The film was delayed, however. Warner Bros.' president of creative development and worldwide production, Greg Silverman, addressed the film's impending release in a statement obtained by the news network, saying, "Like countless fans, I have always loved the Hanna-Barbera cast of characters."

"As one of their most famous brand ambassadors, Scooby-Doo will take the lead in reintroducing this pantheon of enduringly popular animated stars on a grand scale with an exciting new movie, Silverman said, according to CBS.

Scoob is set to open in theaters in May 2020, according to Deadline. Den of Geek reported that the film will come out on May 15, 2020. There is currently no trailer for the film, but it's expected to be released as the premiere draws closer.

The return of these beloved characters is the perfect opportunity for parents to introduce their kids to the series, which many were fond of growing up. Who knows, you just may find yourself marathoning old episodes of the show with your little ones, laughing at Scooby and the gang's hijinks once more.