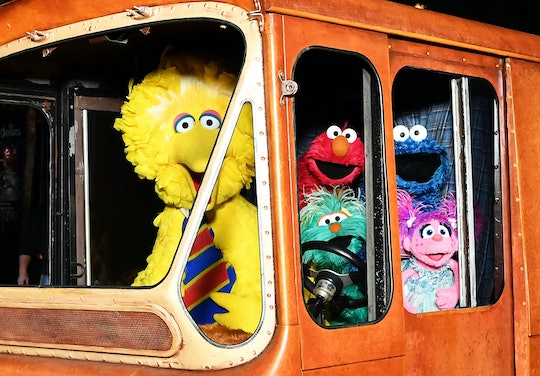 There is something so special about getting a letter in the mail. Although it is so easy to get in contact with people these days, nothing feels the same way as getting a letter from someone special. And the new Sesame Street stamps, released by the United States Post Office this week, are the perfect reminder to get in touch with old pen pals. Let's be real, the stamps are so cute, they'll make anyone want to send letters to everyone they know.

People will be able to send letters to places all over the world (not just to Sesame Street) with these new stamps, which will be available throughout 2019. The stamp set features some familiar and colorful characters to jazz up envelopes and brighten up any mailbox, anywhere. The stamp sheets include 16 stamps with the ageless characters from Sesame Street, including Big Bird, Burt, Ernie (and his favorite rubber duck), Abbie Cadabby, and Cookie Monster (eating cookies, of course) in addition to many others that people know (and love), according to People.

The best thing about these stamps? They're "forever stamps" which means that they can be used to mail one ounce letters forever, no matter how much stamps may cost at the time. All the more reason to stock up on these stamps before the year is over.

These stamps were released to celebrate the 50th anniversary of Sesame Street, according to People. Sesame Street first started in February 1969, and has been teaching generations the same timeless lesson, according to Sesame Workshop — "everyone, no matter who they are or where they are from, is equally deserving of respect, opportunity, and joy."

And this is exactly why the USPS decided to honor the show with a stamp sheet for its 50th birthday. The USPS wrote, in a press release:

The Postal Service honors Sesame Street as one of the most influential and beloved children's television shows. For the last 50 years, it has provided educational programming and entertainment for generations of children throughout the entire country and world.

Which is all the more reason for the USPS to release these stamps. However, people might have to wait a while to get their hands on them. The USPS has not yet released issue dates or locations for the stamps — so it's a little unclear when they will be available to purchase.

But these stamps can do more than bring joy to someone else's day — they're the perfect way to teach children about the importance of writing letters. Letter writing is fundamental to the way children develop communication skills, and can help improve their handwriting and writing skills, according to Reading Rockets.

Although emailing and texting may be the way most people communicate nowadays, letter writing will never go out of style, according to The Guardian. Letter writing is a formal way to say what's from the heart — it requires thought and shows the recipient that someone is thinking of them. Not to mention, people like having something to hold on to, according to The Guardian. A heartfelt letter (with a super cute Sesame Street stamp on the envelope) is a keepsake that spends a lot more time in a home than just an email.

So why not dust off that old stationary set, find the address of that long lost pen pal, and send a letter to them?

These Sesame Street stamps are the perfect reminder that a handwritten letter is the easiest way to brighten up someone's day (and sweep the clouds away).