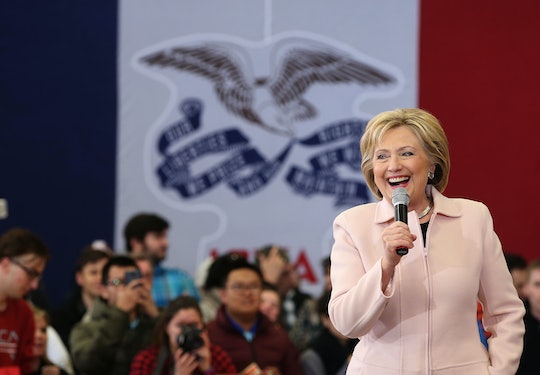 If you were waiting for the 2016 presidential campaign to get interesting, it just did. The New York Times endorsed Hillary Clinton in Saturday's issue and the paper's opinion matters more than you might think. The paper ran an editorial this weekend about Clinton's merits as a presidential candidate but not totally disregarding the momentum that Vermont Senator Bernie Sanders has gained over the past year. They just aren't that into him. They write that he has proven to be more "formidable" than anyone anticipated but that he just doesn't " have the breadth of experience or policy ideas that Mrs. Clinton offers."

For a Republican nominee, the paper has endorsed John Kasich, saying that he is the only "plausible" choice from the Republican pool of candidates.

As for how they chose Clinton, the editorial board writes that Sanders' ideas are interesting but that the Senator just doesn't have a "realistic" plan about making them real policy. As for Martin O’Malley, they write that he is personable but better cut for "jobs he has already had," like the governor of Maryland. Ouch, right?

The paper doesn't seem super thrilled about Hillary, either, but more that she is a lesser of two evils. They write that she has more experience, all around. Some highlights:

Her Record Is Long & Varied

The paper makes note that Sanders' economic platform is well informed, but they decide that Clinton has a more well rounded approach all around.

For Clinton, her "refreshing willingness to learn and to explain" is a highlight for the editorial board. Whenever she's changed her opinion, they say, she's backed it up with facts.

Clinton has a reputation for being "unlikeable," but it's sort of a good thing. The NYT writes that her "steeliness" will help her negotiate and get things done in Congress. Her image of being a little prickly is actually a good thing, they conclude.

It's customary for media outlets to endorse candidates in most elections. In 2008, they endorsed Barack Obama over John McCain for president. Actually, their reasoning went along the same lines. They wrote that Obama would have a "learning curve" when it came to foreign affairs but that he would provide "sensible leadership, compassionate leadership, honest leadership and strong leadership," if elected president.

They haven't always picked winners, — in 2004, they endorsed John Kerry. They were all about Michael Dukasis, too, back in 1988. And while they usually choose Democrats, they've been known to endorse Republicans like Dwight D. Eisenhower and Thomas Dewey.

An endorsement from the NYT doesn't guarantee a win for a candidate. But for the Clinton campaign, it's a very nice to thing to flaunt before the Iowa caucus this week.