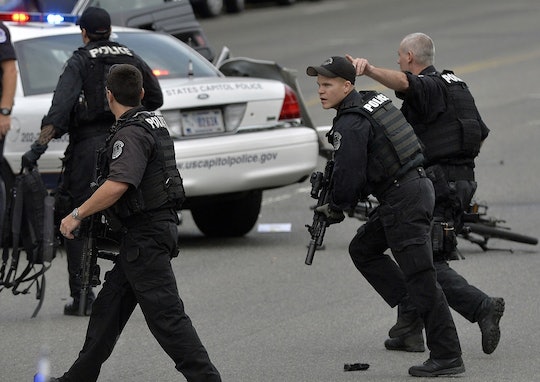 With upwards of 14 people killed and upwards of 21 wounded this afternoon when up to three shooters opened fire in San Bernardino, Ca., you may be wondering how many mass shootings there have been in 2015. If it's beginning to seem like there's one in the news every day, you're right. You aren't just imagining it. There have been 336 days this year so far, and we've had 352 mass shootings.

That number comes from the Mass Shooting Tracker, which aggregates all the incidents of four or more people being killed or injured by gunfire. What's amazing about the tracker is it highlights the sheer number of shootings we never hear about. A number of shootings have been covered in-depth this year, including the ones in Roseburg, Oregon and Lafayette, Louisiana, but mass shootings have become such an epidemic that it can difficult to keep up, respond, and, worst of all, to feel anything. The litany of mass shootings and the repetition of rhetoric calling for or against gun control has become almost numbing, while no real change occurs.

Even now, this shooting in San Bernardino is coming quick on the heels of the tragic shooting at a Planned Parenthood in Colorado Springs, Colorado. The Mass Shooting Tracker has not yet updated to include today's shooting, and at our current rate, by the time it does, it wouldn't be surprising if another shooting was already underway.