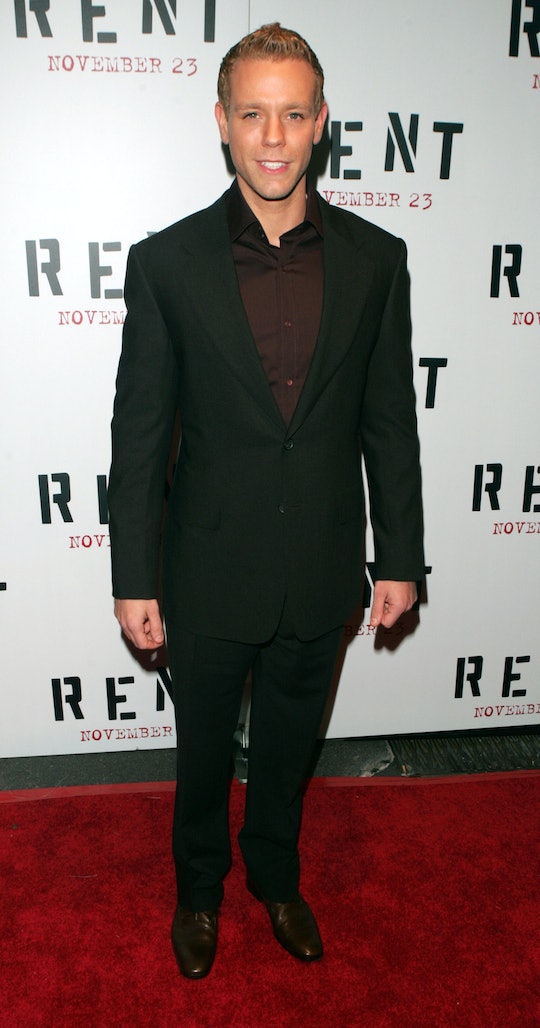 Sound The Alarm: The OG Cast Of ‘Rent’ Is In The ‘Rent: Live’ Audience

For all of you diehard Rent fans out there, I have fabulous news: the original cast Of Rent was in the Rent: Live audience on Sunday night. From Adam Pascal to Idina Menzel, the OGs came out to support the newbies during their live performance. And Pascal reportedly comforted actor Brennin Hunt — aka Roger — before the show. Sweet, right?

In case you're in need of a refresher, the cast that performed in Rent a la 1996 includes, according to Playbill: Idina Menzel, Adam Pascal, Daphne Rubin-Vega, Anthony Rapp, Jesse L. Martin, Fredi Walker, Taye Diggs, and Wilson Jermaine Heredia.

Although this impressive group has gone on to do incredible work independently, they decided to reunite Sunday to rally around the Rent: Live cast, which included, according to The Hollywood Reporter: Vanessa Hudgens, Brennin Hunt, Tinashe, Jordan Fisher, Brandon Victor Dixon, Kiersey Clemons, Benjamin Coffin III (Mario), Valentina, and Keala Settle.

Most of the cast teased the reunion on social media, sharing a snap of the group post-brunch. "Family," Rapp (Mark) captioned the shot.

Menzel (Maureen) also shared the photo to her account, writing: "Just a little brunch hang with my peeps."

Translation: the gang was ready to take on Rent: Live.

Earlier in the day, Menzel took to Instagram Stories to tease that she was preparing to do a "sound check." And shortly after that, she shared a video of herself getting her makeup done.

News of the OG reunion at Rent: Live was finally confirmed, however, hours before the show aired. Fox network told Broadway Buzz: "We can confirm that the original Broadway cast of Rent will appear during tonight's live telecast airing 8:00-11:00 PM ET/PT on Fox."

Once the announcement became public, countless fans took to Twitter to celebrate the news.

"Here waiting for that original cast moment…" one person tweeted.

Another fan chimed in: "So excited for the original cast!!"

"Loving RENT so far! They are so talented! Can’t wait to see the original cast pop in! The show must go on and I am sending my thoughts to 'Roger who broke his ankle last night during a rehearsal/performance.," someone else said.

"So at this point I'm only watching to see the original cast at the end," a commenter added. "The pitch problems, the lyric changes, the scene changes... I'm so disappointed. #RentLive I love this musical. I feel like I'm watching it being butchered with a dull knife."

Speaking of the original cast, Pascal supposedly came to Hunt's aide shortly after he injured himself during dress rehearsal. Danielle Turchiano reported for Variety:

During the orchestral title song reprise play-out that closed the show, Adam Pascal, the original Roger, headed back to Hunt to envelope him in a hug and whisper what appeared to be words of support in his ear. Jordan Fisher, who plays Mark Cohen in the Fox production, also sat at the table with Hunt for some time during the play-out.

Moral of the story? The OG Rent cast is amazing, and it's pretty cool that they attended the Rent: Live performance.