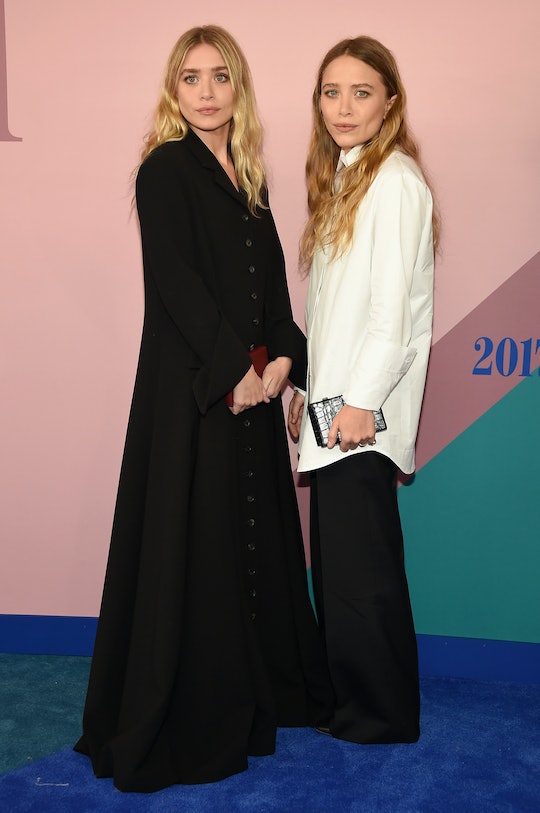 Get your Kohl's Cash ready. The department store is adding another big name to its roster of designer fashion lines. The Olsen twin's Elizabeth and James line will debut at Kohl's later this year.

If you've only ever encountered Elizabeth and James clothing in high-end stores like Neiman Marcus (where a kimono will cost you almost $600) or Saks (where a bucket bag runs for more than $300), you might be surprised to find its coming to a much more budget-friendly store like Kohl's. A spokesperson for the store said in a press release, however, that the line's offering will be at affordable price-points, and it will roll out in time for the holiday shopping season. Kohl's will then become the exclusive retailer of Elizabeth and James, meaning you won't be able to find it in any other stores.

Elizabeth and James (which is not named after younger sister Elizabeth Olsen, according to People) dabbles in a bit of everything: clothing, jewelry and watches, handbags, eyewear, fragrances, and more. It's described as "effortless, "playful," and "feminine," on its website. While the prices will presumably be much lower once it hits Kohl's, the style sounds like it'll stay the same. Mary-Kate and Ashley will both be staying on as creative directors of the brand, and they'll continue to head up the design teams for each new season's collections.

It seems a move like this has been on the twins' minds for quite some time. The two told WWD back in 2016 that they were focused on retail growth. They've definitely checked off that goal with Kohl's, which has more than 1100 stores in the U.S, according to its website. While celebrity fashion lines can sometimes be a flash in the pan, the Olsens have had staying power in the industry, and have even earned some serious praise for their design prowess. The two shared a Council of Fashion Designers of America award for accessories designer of the year in 2018, according to USA Today.

The twins have been dabbling in fashion for decades. If you grew up in the late '90s and early 2000s, Business of Fashion noted that you'll probably remember the kids fashion line they developed with Walmart. They launched their first grown-up designer line, The Row, in 2006 (which features many styles priced into the thousands). They followed it up with Elizabeth and James back in 2007. Their fashion empire's success has helped the sisters amass a sizable fortune — Cheat Sheet estimated that each twin is worth about 200 million dollars each. Very impressive for two women who are just 32 years old, according to MSN.

Mary-Kate and Ashley won't be the first celebs to partner with Kohl's, either. The store is also the home of LC Lauren Conrad, and Simply Vera Vera Wang. Kohl's CEO Michelle Gass said adding Elizabeth and James is part of a strategy to lure more millennial shoppers into the store. When you're getting ready for holiday parties and gift-giving season in a few months, Kohl's might be a great stop.