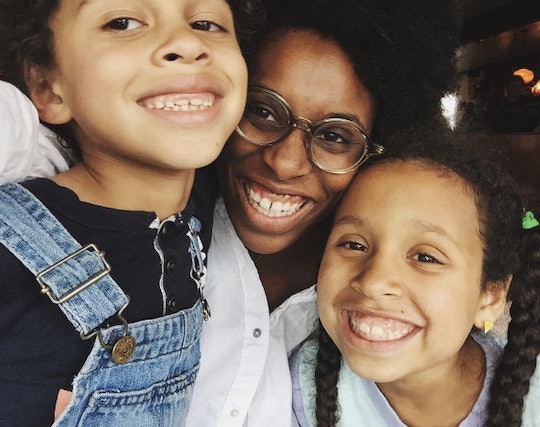 When I was pregnant with my first child, I'd daydream about how wonderful of a parent I'd be. Not for a second did I ever think about how so many parents who'd come before me had still yet to perfect parenthood — I just honestly thought I would. I believed I'd be a perfect parent. My child would always go to bed on time, she'd never throw a tantrum in public because I was going to be so good at gentle parenting, and she was definitely going to eat everything we put on her plate. Now, I know better. Even though I never did it at the time, when I became a parent, I realized there's one reason I won't ever judge what another parent feeds their kid, and that's because I've realized those rules you create about life and food and toys and bedtimes rarely, if ever, come true. I have so much respect for the people who surrounded me during those early days of my parenting when I thought I knew how it was all going to go. They let me learn on my own that all my carefully-laid plans might never come to pass.

I gained most of my education and opinions on parenting in the early years from things I'd read and heard from other parents. I picked up on the idea that good moms made everything their kids ate, and so I jumped on that bandwagon. I thought it was what good parents did, and I wanted very badly to be a good parent too. The only problem was that, when put into practice, no one told me about the time and energy it takes to make every single meal from scratch. Using all organic ingredients. Checking and rechecking every label, and then checking again. I tried to make my daughter's first foods from scratch: boiling veggies and fruits, mashing them, freezing them. My husband wasn't exactly the most pleased when he went to get ice cubes and found baby food in the trays instead. But I persisted. Even though I didn't enjoy making food this way, I did it anyway. It was exhausting. I would've much rather gone to the store and walked the aisles slowly — but I kept on making my own homemade food. I was trying so hard to be the good parent that I ignored the fact that stressing over every last crumb just wasn't working for me. At all.

I took stock of the other parents glaring at me as I poured syrup all over my kid's pancakes, and I felt the weight of their judgments on me. But then something shifted.

But when my son was born, he didn't want to eat anything, no matter how hard we tried. He just wanted to drink milk, and sometimes eat some crackers or bread. He would scream and cry if we tried to feed him anything. Dinner time became a dreaded time of day for all of us. His aversion to all the good foods kids were supposed to love only confused me. Why didn't he want my purees? Didn't he love organic? Didn't he know how much time and stress this had cost me? I'd done what everyone said to do: I exposed him to all types of foods early on. I made sure his palate was diverse in flavor, color, and texture. I gave him options. But it seemed like everything I did only made it worse.

It got to the point that, when we'd go out to eat, I'd let him order pancakes just because I wanted him to eat. I took stock of the other parents glaring at me as I poured syrup all over my kid's pancakes, and I felt the weight of their judgments on me. But then something shifted. I saw the looks of shame, and I shrugged them off. My kid was actually sitting quietly and eating. Sometimes it was the first time all day he'd done that. And I got to eat too, all while my food was still hot. So I decided to completely stop caring about what other parents were feeding their children, because I wanted them them to do the same for me.

Every single day of our lives is not ruled by what they put into their mouths.

Before that shift in perspective, I would've never gone to the park with bags of McDonald's proudly in hand. If I'd let people's judgments of my parenting choices rule me, I would've taken the food out of the packaging and thrown the wrappers in my purse. I would've hid away with the kids in a corner, smuggling bites to them in between looks. But I don't. I throw my blanket on the grass and hand out the burgers. I revel in how good it tastes. We laugh. We double dip. I feel proud knowing my kids have foods and flavors they like to eat.

In the past I would've cringed under the looks of criticism from other people, but now I do my best to let the comments wash over me, and I move on. It's not that I don't want to feed my children healthy meals — there are plenty of days when that happens. It's just that every single day of our lives is not ruled by what they put into their mouths. On days when I'm so tired that standing in a kitchen for even 30 minutes sounds like hell, I take the easy route and pick something up. It makes my life easier. I personally don't believe that I need to bend over backwards and sacrifice all my happiness for my kids. They're just as happy to eat takeout with me as they are to dive into a meal I've spent hours crafting. What matters to them, most of all, is that they get to spend time me with. Unsurprisingly, that's all I care about, too.

Even though I've been parenting for seven years I still have friends — usually people without children — who feel entitled to comment on what I feed my kids and what other parents feed their children.

Even though I've been parenting for seven years I still have friends — usually people without children — who feel entitled to comment on what I feed my kids and what other parents feed their children. When I even catch of a whiff of that sinking feeling — the one that tells me I'm a bad parent for feeding my kids something store-bought — I take back the control. I laugh it off and tell everyone within ear shot that my kids had burritos for lunch last week, and that I also let them have ice cream for lunch that day. I'm not doing anything better. I'm also not doing anything worse. I'm just doing what works for me.

Being a parent requires being multiple things at one time, and sometimes being a cook is not in the cards. There are days, like, a lot of them, that take their own turns and then the unexpected happens. I do my best to roll with the punches. If I can't make a homemade meal, then we head out somewhere the kids and I love. And we make a hundred more memories, ones that will outlast even the most memorable meal. I understand all too well that being someone's parent is a delicate balancing act. It's all about the give and take. And when all else fails — well, we eat cake for breakfast.