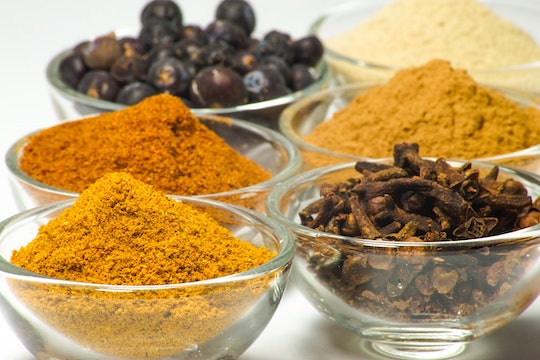 The Pantry Spice To Increase Your Milk Supply

Women have been breastfeeding their babies for centuries. And, because of that, they've had to find ways to overcome some of the unforeseen obstacles that interfere with their babies' having full bellies. From drinking beer to taking herbal supplements, doctors and grandmas alike have suggested countless ways to help increase a mother's milk production. If you are looking for a natural way to boost the amount of milk you produce, you may not have to look very far. You need to know about the one spice in your pantry that could increase your milk supply.

OK, so unless you've got some serious skills in the kitchen, you may not necessarily have fenugreek in your pantry right now. But if you are having issues with producing adequate amounts of breast milk, you definitely should. As Medela mentioned, fenugreek is grown around the world in places such as Argentina, North Africa, and the Mediterranean, and has a long history of use in food and medicine across India and China. If you've never heard of fenugreek, or have no idea how to pronounce it, don't worry. As WebMD mentioned, the bitter herb is commonly used in combination with other spices. The flavor is often found in curries.

Fenugreek can be taken in a capsule, which is the most potent form, and are readily available at most health food stores. According to Medela, two to three capsules taken three times per day can be effective in increasing a mother's milk supply. And once you begin to take it, you can begin to see some major results almost immediately. As Baby Center pointed out, fenugreek can increase milk production by as much as 900 percent. Most nursing moms report the increase taking effect within one to three days after they begin taking the herb. But if capsules aren't your thing, you can also drink fenugreek tea, though some find it too bitter to drink by the cupful.

As lactation consultant, Kathleen Huggins told Baby Center, once you begin to produce enough milk, you can stop consuming fenugreek, as long as you are either pumping or nursing every two to three hours.

As with everything, there are a few things that you should be aware of if you plan to add fenugreek to your diet. While fenugreek is generally considered safe by the FDA, potential side effects can include diarrhea and flatulence, according to Drugs.com. And if you are expecting, you should wait until after you have given birth to begin taking fenugreek. As Medela pointed out, the herb is not recommended for use by pregnant women.