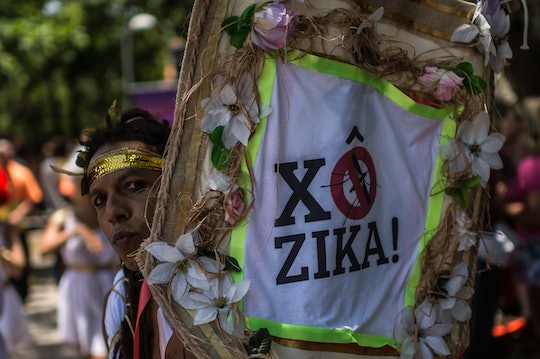 As Zika spreads across the Americas and boosts rates of infant microcephaly, governments have recommended women postpone pregnancy for six to 12 months until the virus is under control, but this advice sidesteps one crucial thing about Zika virus people are missing. The governmental warning is all well and good for women like me, who live in places where birth control and abortions are legal and accessible. But unfortunately, the Zika crisis is hitting hardest in areas where women do not share the same reproductive rights, and telling them, "Don't get pregnant right now," without supplying the adequate means to actually control their family planning is insulting and falls short of effective.

In a region where only half of childbearing aged women have access to or use contraceptives and abortion is heavily restricted, asking women to simply not become pregnant in the next year or two is not only insulting, it's dangerous and could lead to a spike in unsafe abortions. (In Latin America and the Caribbean, 95 percent of the 4.4 million abortions performed in 2008 were unsafe, according to the Guttmacher Institute.)

Strong religious pressures, a lack of sexual education, and restricted access to abortions makes family planning difficult in Latin America. The Guttmacher Institute, along with the International Planned Parenthood Federation, found that only 50 to 54 percent of sexually active women who do not want children in Central and South America use contraceptives. In Brazil and Colombia, which are currently leading in rates of Zika, birth control pills are either subsidized or free, which is a big victory in traditionally Catholic areas.

However, Brazil only allows abortion in cases where the mother's life is at risk. Colombia has the same standard, but it will occasionally allow abortion in cases where the mother's mental health is in question. In either of those scenarios, not being financially, mentally, or physically prepared to deal with a child — let alone one with brain damage caused by microcephaly — is a good enough excuse for an abortion. "Avoid pregnancy" is what their governments are telling them instead.

El Salvador has actually recommended delaying pregnancy until 2018, although the country has an absolute ban on abortion. The country is lacking in other family planning options, as well: the pill requires a prescription and can only be sold in certain locations, and condoms are barely subsidized, according to Vocativ. Other countries facing the Zika crisis are in similar constraints. In Chile, Dominican Republic, El Salvador, Haiti, Honduras, Nicaragua, and Suriname abortion is not allowed under any circumstances, and it's been estimated that 97 percent of women of childbearing age in Latin America live in countries with restricted access to abortions, according to Quartz.

"We are alone. We have been abandoned by the state," mother and lawyer Marilia Lima told NPR in Brazil. Her 2-and-a-half-month-old son was born with microcephaly. "I also now understand and have experienced firsthand the government's negligence. I wish I could help all those other mothers out there who are so abandoned."

Governments in affected countries need to be taking a different approach. If they're going to ask women to delay having children, they need to be opening up the discussion to more liberal family planning. Zika may very well end up being the push Latin America needs to consider changing laws, similar to the nudge the United States received with the spread of rubella in the 1950s. In the '50s and '60s, if a mother got rubella within the first six months of pregnancy, her baby was often born with birth defects, and some claim that rubella prompted a wider public acceptance of abortion.

For now, however, women have only received an empty recommendation. "We are doing this [warning women not to get pregnant] because I believe it's a good way to communicate the risk, to tell people that there could be serious consequences," Alejandro Gaviria, Colombia's health minister, told The Thomson Reuters Foundation. And while yes, warning women of the dangers that come from being a pregnant woman with Zika is important, it's a warning that falls horribly flat under the area's current reproductive laws.