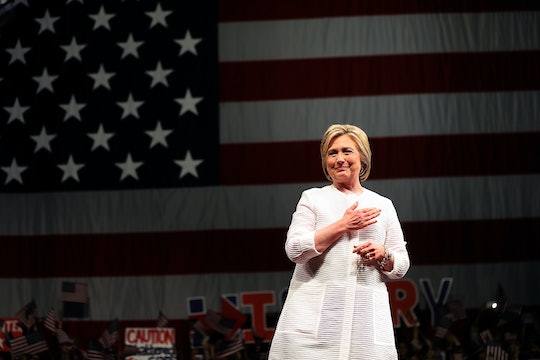 I had gone to Death Valley with my fiancé and two progressive male friends. We were way in the back country, down rutted deserts roads, about 30 miles from anything paved, when my soon-to-be husband got sick of driving. “I’ll drive,” I said. “Are you sure?” asked JD skeptically. “I can drive. You don’t need to.” I told him I was perfectly capable of driving, and he responded saying, "I’m sure you are. But these roads are really rutted and it takes a delicate hand. Let one of us drive.” And I knew, deep down, they thought I couldn’t drive because I was a woman. “Get out of the driver’s seat,” I snapped at my fiancé. Then I jerked the seat up closer to the wheel.

“Now you’re going to want to take it slow — " John said, but I'd already hit the gas and gone airborne. Their heads hit the roof. My fiancé grabbed his armrest. Over the 30 miles of desert-dirt roads, I slammed them back and forth, up and down, and never slowed until we hit paved road. They never mentioned it, but they knew what I’d done: meted out punishment for thinking girls weren’t as good as boys, for trying to mansplain desert driving. I wasn’t going to be the shrinking violet who let them get away with it.

And that same feminism is why I cheered when Hillary Clinton won the California primary, making her the first presumptive major party candidate for president of the United States. She’s the hero of every single person who's arguing over what women "can’t do" and showing the world instead what we can. She's not only leading the men, but defeating them as well. And clinching the Democratic Party's nomination for presidency of the United States is so important that I had to tell my sons about Hillary Clinton's historic win. Because if nothing else, my three boys — ages 6, 4, and 2 — will grow up feminists. They will grow up knowing women are equal to men, and deserve equal treatment: in person, under the law, in the workplace, and behind the wheel of a car. My boys will know that women can do anything men can do.

“Do you know that Hillary Clinton won the California primary?” I asked my 6-year-old son, Blaise. We were climbing Whiteside Mountain with his father and two little brothers. He asked me if that meant she would get to be president. I told him no, that her win means that she's the first woman to be nominated by a major political party to run for president. He mostly shrugged. He'd grown up hearing about women's lib at the dinner table. But I tried to relate it back to his school: I asked if he remembered the book we'd read about Susan B. Anthony and Frederick Douglass. He had. So we started there.

I reminded him how hard Anthony worked for women to vote, because women couldn't even vote for president back then. “I know,” he said. “Like, a hundred years ago.”

I rattled off a list of countries who’ve elected female presidents or prime ministers, and Blaise was amazed. And I told him, to my delight as much as his, that maybe America would be next.

That's when I reminded him of what a big deal it was to have a serious woman candidate running for president.

He still wasn't impressed, so I kept going. I told him how women couldn’t vote — that I wouldn’t have been able to vote. But then I reminded him how much things have changed and how now, a woman will hopefully be our country's next president. And Blaise got that how important being president is. He knew that meant she would run everything. I rattled off a list of countries who’ve elected female presidents or prime ministers, and Blaise was amazed. And I told him, to my delight as much as his, that maybe America would be next.

I want my sons to know this so badly. I want them to see it: to understand Hillary Clinton is the first woman who has been nominated for president, and how important it is that she's breaking into the boy's club.

This is important, I told him, because women like me share a little bit of the glory in Hillary Clinton's glass ceiling-shattering win. It makes me, as a woman, stand a little taller and feel more powerful, and I understand what a privilege it is to identify with a woman like Clinton because that accessibility is not available to every single woman. If a woman can be president, who’s to stop us from competing and winning against men in other areas of life? Who’s to say we're not equal? One day, people will see a woman running for president as no big deal. Imagine that, I asked him.

He was quiet, so I tried to put it in terms he'd understand. I pointed out that I can climb this mountain just the same as he and his daddy and August and Simon can. I told him I can play games like them, read books like them, and now a woman has the chance to run a country — the same way we've let men do that job for years. I explained that Hillary climbed a mountain too, but it was a pretend mountain, not a real one, but it still matters just as much.

They've seen the first black man elected president twice. I want them to see the first woman and realize it's just as momentous.

As I said all this, I could see the wheels turning in Blaise's brain. If I could climb the mountain, I was equal to him and his dad and his little brothers. And if Hillary could — even if he understood it wasn't a real mountain in this case — it was because she too was equal to all the other men and daddies and brothers out there.

I want my sons to know this so badly. I want them to see it: to understand Hillary Clinton is the first woman who has been nominated for president, and how important it is that she's breaking into the boy's club. I want them to understand that for so long, women had been shut out of the American political system, and not just in Susan B. Anthony's time. I want them to know it happened during their lifetime too. And that we're working hard to end it, and that this fight is happening right in front of their eyes. I want my sons to know a woman elected to the highest office in our nation is special, strictly because it is. One day, I hope it'll be as common as men in positions of power but right now I want them to know and feel the magic of this moment. They've seen the first black man elected president twice. I want them to see the first woman and realize it's just as momentous.

We can all vote, I said, and we can all run for president. And we can all drive through the desert, I added in my head. Because we can. So Blaise thought about it some more. And then, like any other 6 year old would, he decided Clinton's win was pretty cool.

I resisted the urge to compare Clinton to Trump and instead explained the glass ceiling, how Hillary broke it as Secretary of State, and how now I hope she'll break it again — this time as president. Blaise hopped up rocks, deep in thought. I thought about the ride through the desert all those years ago, and how important it felt to me to ignore the box men thought they could put me in because they assumed they knew what I was capable of. I thought about how good it felt to soar far past their expectations of me, to prove to them, once and for all, that they were wrong.

And I hope, come November, that my boys and I will watch Hillary Clinton do the same.