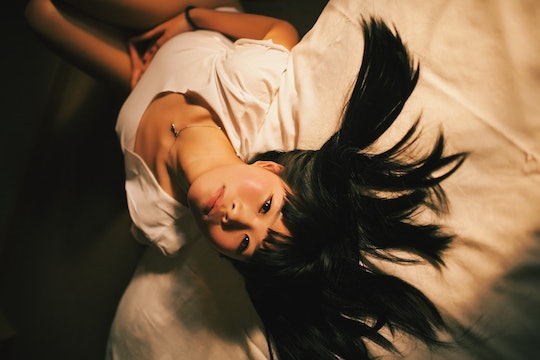 The One Thing Keeping You From The Best Orgasm

Did you ever have one of those friends who is always exclaiming how much she loves to have sex and how insane her orgasms are? She makes you feel like she's a member of a secret society of women who are indulging in next level pleasure, and all you want to know is where you can sign up. It's not as crazy as it sounds, some women have discovered the formula to ultimate satisfaction, and you can too. But first you'll have to fix the one thing keeping you from the perfect orgasm, so you can get in on the fun.

When it comes to the Big O, you're brain can have more power than your vagina. What you're thinking about and focusing on during sex, may be what's blocking you from those mind blowing body quakes you thought were things of legend. According to Psychology Today, different incarnations of fear can stop a woman from orgasming. When women fear loosing control or harbor guilty feelings about sex, it makes it difficult for them to reach orgasm. Any negative beliefs and ideas that you carry from your past can spill over into your bedroom life and make it extremely hard to reach that insane orgasm.

Getting our of your own head may be easier said than done, but researcher may have discovered a tip to get you started. As the American Psychological Association discovered, faking an orgasm may increase sexual satisfaction. Studies found that women who employ the "fake it 'til you make it" mentality, actually reported higher levels of arousal than those who did not. But if faking just isn't your style, you may want to try using that noggin to think yourself to orgasm.

Yes, there is a way to take mind over matter to the next level — all you need are a few deep breaths and a strong imagination. As Dr. Barry Komisaruk, co-author of The Science Of Orgasm told The Frisky, “the pleasure centers of the brain associated with orgasm light up in women who think themselves to orgasm in exactly the same way as in women who orgasm through more conventional means." The first step is getting yourself in the right state of mind, free from stress and anxiety.

If you're preoccupied with things other than doing the deed, it's going to be a challenge to reach the finish line. Distractions of the mind, like worrying about how your body looks, stressing out that you're taking so long, and believing that you are not capable of orgasm are all self-talk that will stand in you're way of hitting that climax, reported Mind Body Green. So a good place to start is by turning all those negatives into positives. Remind yourself that you have an inner sex goddess, and she wants to be free. Convince yourself that you are capable and worthy of the best orgasms ever. And communicate with your partner about what you need to get the job done.

Orgasms are a lot like shoes, you can never have too many — and there's no reason to deny yourself the orgasm you've always wanted. Just because it hasn't happened for you yet, doesn't mean it's not possible. So maybe you meditate before jumping between the sheets? So what? Make it sexy and meditate nude, or bring your partner in on the zen. Relaxing your mind with set your body up for some serious pleasure. Sometimes you just need a little Om to get you to Oh! Oh! Oh!